During World War II, more than a quarter million Filipinos fought alongside American soldiers. Many are still awaiting the recognition promised to them.

In a clandestine radio broadcast which aired throughout the Philippines, Roosevelt asked Filipinos to "stand firm" along with the U.S. and pledged to "keep that promise" of independence for the U.S. Commonwealth. 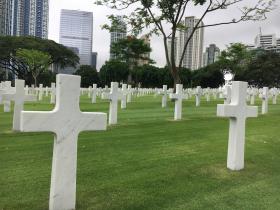 "When we heard that, all of us shouted," recalled Young, now 97. At the time of broadcast, he was camped alongside American troops - part of a remote force driven back by the well-armed Japanese army.

"All of us, Americans and Filipinos, were happy; we were shouting," Young said.

Young, a Filipino, spent part of the war on a boat, shipping critical supplies and troops through the treacherous waters around Manila. At one point, he was captured by the Japanese and later escaped. He went on to lead guerilla fighters on the island of Negros, working closely with U.S. forces as they planned their return. His service earned him a Silver Star from the Philippine government.

But when he applied to be recognized by the U.S. government after the war, he was denied.

"When you write for compensation, they tell you that our records are closed," said Purisima Young. "Really, it's frustrating. Very, very frustrating."

At least 250,000 Filipinos fought with American forces in World War II. After the notorious Bataan Death march in April 1942 and the withdrawal of most U.S. forces, the fight against the Japanese was left mostly to locals. Ordinary Filipinos hidden in the jungles and mountains led the resistance.

The toll was high: more than a million Filipinos died.

Roosevelt signed a presidential order in 1941 bringing all military forces in the Philippines under U.S. control. But after the war, in 1946, the U.S. Congress passed legislation that stripped recognition from Filipino soldiers. It was called the Rescission Act, and it explicitly barred "rights, privileges, or benefits" from most Filipinos who fought. That same year, the Philippines became an independent nation. 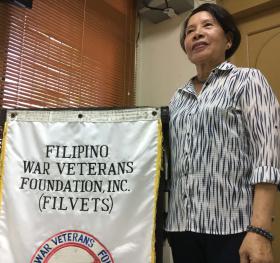 U.S. records, declassified in 1988, show that the military's attempt to document the service of Filipino troops was inadequate and incomplete. It became even more difficult after a 1973 fire destroyed millions of military records, including those of many Filipinos. Tens of thousands of Filipino fighters were shut out.

It's a dark legacy that, for many, continues today.

"They are almost at the end of their lives, and yet they are not receiving anything," said Perla Teves, the daughter of a Filipino veteran and an advocate in Manila with the Filipino War Veterans Foundation.

Out of the quarter-million Filipinos who fought in the war, only about 6,000 are still living in the Philippines, according to the Philippine Veterans Affairs Office, which estimates hundreds could be dying every month.

"All of them are sick, they are living in their twilight years," said Teves. "If the U.S. government still plans to give renumeration to these unrecognized World War II veterans, they better make it fast because time is running out."

A piecemeal approach to reform

Over the decades, the U.S. government has made a few efforts to address the issue. In 1990, President George H.W. Bush signed a law offering citizenship to some Filipinos. In 2009, the Obama Administration provided one-time payments to others: $15,000 for U.S. citizens and $9,000 for Filipino citizens. By the end of 2017, $226 million had been awarded to more than 22,000 people. (Purisima Young was one of them.) But Department of Veterans Affairs records also show that more than half of the applicants who tried to qualify were denied.

The VA notes that some Filipinos do qualify for certain benefits, such as pensions and one-time compensation. And last year, Congress awarded Filipino veterans the Congressional Gold Medal, though the award, usually reserved for civilians, was mostly symbolic.

Critics say this reveals a problem in how the U.S. has addressed the issue: by avoiding a comprehensive approach.

"I think the opposition is primarily fiscal," said Democratic Senator Brian Schatz of Hawaii. He's sponsoring a bill that would recognize the last remaining Filipino veterans. The measure, co-sponsored by Republican Lisa Murkowski of Alaska, would extend recognition to all Filipinos who fought. It would also make it easier for them to prove their service.

Schatz does not yet have a cost estimate, but a more limited bill introduced in 2015 would have cost $53 million in the first year, according to a Congressional Budget Office estimate.

"These soldiers fought under the American flag because they believed in our shared ideals," said Schatz. "They bled for us and for our ideals and they also fought with us with the understanding that they would be treated like American veterans." 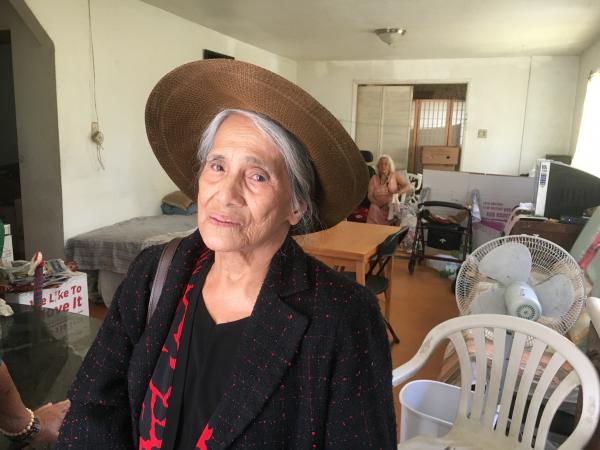 Widows, children carry on the fight

Helen Balani, 87, can remember the heavy bombing near her home in Bukidnon, Mindanao, a southern island in the Philippines.

"We were always scared," she said, saying her parents would scramble to find the kids as planes roared overhead. "My mother shouted, 'Run!'"

At the time, her future husband, Ireneo Balani, joined other young Filipinos and fought as a guerilla in the mountains. He was later recognized by the Philippines government as a Scout, a division of local forces that helped guide U.S. troops through the dense mountainsides. He died in 2004.

Today, Helen Balani lives in Los Angeles in a cramped three-bedroom house she shares with five people, including her daughter and two other World War II widows.

As a widow, she receives 5,000 pesos a month from the Philippine government, or about $100. But so far, she has been denied benefits from the U.S. Lately, Balani has had trouble making rent and fought an eviction notice.

"We are not trying to steal the money of America," she said. "We just want what is due to us."

Balani is not alone. In her neighborhood, known as historic Filipinotown, about a quarter of the Filipino families have a direct tie to a World War II veteran, according to Art Garcia, a community organizer and the national coordinator for Justice for Filipino American Veterans.

"That's the irony of it," said Garcia. "Imagine you fought for a war side by side with Americans and yet you're denied being an American veteran."

Garcia has been working to expand recognition for Filipinos for more than two decades. He said he sees the current legislation in the Senate as the final piece.

"If it is completed, America has paid its dues to the Filipinos," he said.

But he's worked long enough to know that passage is far from certain. The bill currently awaits action in the Senate's Veterans Affairs committee, and though it has garnered bipartisan support, the upcoming election season may make it tough for advocates to keep lawmakers' attention on the issue.

"We will continue fighting for benefits and for recognition," said Garcia. "We will not let up."

How much longer will they fight?