As the debate over tariffs on Chinese products and a potential trade war intensifies, there’s another battle emerging.

It concerns a multi-governmental agency called CFIUS - the Committee on Foreign Investment in the United States. CFIUS reviews foreign purchases of American companies to make sure they don’t jeopardize national security.

But a bipartisan group in the U.S. House and Senate says the committee needs expanded powers. In the House, North Carolina Congressman Robert Pittenger is leading an effort to overhaul CFIUS.

The CFIUS review process can apply to any foreign country, but Pittenger is clearly focused on one. 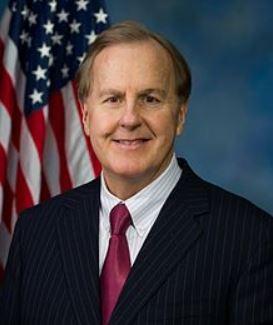 “The Chinese have been very aggressive and focused in on acquiring our military-related technology,” he said.

He points to several Chinese purchases of semi-conductor companies as being potential security threats – and CFIUS has effectively killed 10 deals during the Trump administration – eight of them involving a Chinese company, according to Bloomberg. But Pittenger says CFIUS falls short when deals concern joint ventures.

“We want to prevent those joint ventures from occurring if there is a military-related concern related to that acquisition.”

The problem, Pittenger says, is that too often the cost of doing business in China is for American companies to form joint ventures with Chinese firms.

He took GE and IBM to task last month in an op-ed published in the Wall Street Journal. He noted GE’s deal with a supplier of China’s military aircraft, Aviation Industry Corp.

Stay informed: Sign up for The Frequency newsletter and get WFAE headlines in your inbox every weekday.

Pittenger says it resulted in the sharing of “cutting edge” avionics technology that can be adapted for Chinese warplanes.

And he references several joint partnerships between IBM and Chinese companies that are either state-owned, or have strong connections to China’s defense industries.

The push to strengthen CFIUS is a bi-partisan effort. Pittenger has teamed with Washington Democrat Denny Heck on the House side, while Democrat Diane Feinstein of California and Texas Republican John Cornyn are co-sponsoring legislation in the Senate. North Carolina’s Richard Burr is also a co-sponsor. President Trump supports the legislation, called the Foreign Investment Risk Review Modernization Act.

Tech companies understand there are national security concerns with joint ventures, says Josh Kallmer of the Information Technology Industry Council. Its clients include a Who’s Who of the tech industry, such as IBM, Amazon, Google, Facebook.

“(But) the concern is that companies will be out there not knowing whether the technologies that they are involved with could raise concerns, and therefore ought to be filed with CFIUS.”

“What we’re saying is it may be appropriate to look at outbound-technology transfers (overseas), but the most targeted, most effective way to do that is to identify the kinds of technologies that we’re concerned about.”

And he says any review of outbound technology should continue to fall largely on the U.S. Export control system.

Pittenger doesn’t want that to happen. He says it’s not set up to adequately review technology deals, which is why CFIUS needs that power on outbound deals.

There are legitimate concerns about American companies being forced to partner with Chinese firms to have access to China, says Shelley Rigger, a professor of East Asian politics at Davidson College.

“The CFIUS legislation feels to me like the sort of thing that we should be doing. It's almost like routine maintenance,” she says.

As for how it affects U.S.-China relations, Rigger says for now, not much – even though the debate has included strong accusations against China. She says that’s because the Chinese government pays more attention to the president than what members of Congress say. And, at least so far, that’s where the strongest rhetoric has come from.