Since her divorce, Laura's happily lived alone with Jade, her Australian Shepherd mix. But she wonders what it might have been like to go through the pandemic sharing space with a housemate.

In this episode, Laura discovers how older single people are defining home. She talks with June, who’s on her own for the first time even though she’s been unpartnered for many years. Then Laura meets Mike, who moved to an LGBT-friendly co-housing community, Village Hearth, after the death of his longtime partner.

Laura wraps the episode up with Albert and Annelise; Albert rents a room in the house Annelise owns. They both say it’s working out great – even though when they first met, they almost became something more than “just friends." 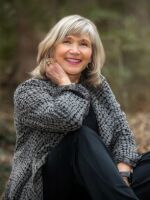