A winter storm watch is in effect for this weekend with snow, sleet, ice and freezing rain expected across central North Carolina starting Saturday. Wintery conditions are expected to continue through Sunday evening.

The National Weather Service in Raleigh predicts snow accumulations between 2 to 4 inches, and ice accumulations could reach three-tenths of an inch.

“We just don’t have as many people to drive the trucks or operate the equipment,” said Marcus Thompson, a spokesman for the North Carolina Department of Transportation.

Duke Energy is also mobilizing crews. Duke Energy spokesman Jeff Brooks told WFAE the utility is bringing in 600 line workers from the Midwest and Florida, and about 1,000 contractors.

“When we’re talking about snow -- it’s about 6 or 7 or 8 inches of snow -- is when we start to see power outages happen, but with ice it only takes a quarter of an inch for it to start bringing down tree limbs onto power lines,” Brooks said. “That will be the thing we have to watch most, but we always prepare for the worst case scenario."

“20 to 30 mile per-hour wind gusts are clearly possible with this event,” Petro said. “So any ice that accumulates will be aggravated by the wind, which could bring down trees and power lines."

Warmer air is expected to move in on Sunday, says meteorologist Tom Green.

“And so that's going to result in mixed precipitation types,” Green said. “That means that we'll mainly have the precipitation change over to a mix of sleet and freezing rain."

Authorities are urging families to get any supplies they may need over the weekend now to avoid traveling during the storm.

The city of Winston-Salem had to borrow workers from other departments to help treat roads ahead of the storm because COVID-19 had caused a shortage of workers, spokesman Randy Britton said. Even volunteers pitched in to help as the city stepped up its normal schedule of preparing for winter weather, he said.

“We feel real good about where we are,” Britton said. “We’ve checked the boxes.”

Forecasters' predictions of debilitating snow and ice as far south as Georgia have shoppers scouring store shelves for storm supplies and road crews trying to prevent a repeat of past wintertime debacles. The National Weather Service says from 2 to 5 inches of snow could fall as far south as northeast Georgia.

North Carolina Gov. Roy Cooper has signed a State of Emergency ahead of the storm. 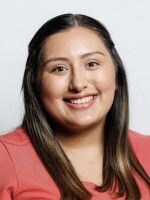 Celeste Gracia
Celeste Gracia covers the environment for WUNC. She has been at the station since September 2019 and started off as morning producer.
See stories by Celeste Gracia

Brent Wolfe
Brent Wolfe grew up in the San Francisco Bay Area and majored in American Studies at Tufts University outside Boston. In college, Brent was inspired by the narrative journalism style of J. Anthony Lukas' "Common Ground," the story of school desegregation and court ordered busing in Boston. After college, he donned a ranger hat with the National Park Service to tell visitors the story of Boston's African American community in the 19th century. Brent eventually made his way to public radio- learning the basics at WBUR in Boston and doing political reporting at KQED in San Francisco. He moved on to report for WILL in Champaign-Urbana and then Minnesota Public Radio in Rochester where he covered stories from medical research at the Mayo Clinic to a gopher catching festival. Brent joined WUNC's reporting staff in March 2000, became news editor in February 2003, and News Director in 2011. Brent served on the Board of Directors of the Public Media Journalists Association as Treasurer from 2019 to 2021.
See stories by Brent Wolfe

Associated Press
The Associated Press is one of the largest and most trusted sources of independent newsgathering, supplying a steady stream of news to its members, international subscribers and commercial customers. AP is neither privately owned nor government-funded; instead, it's a not-for-profit news cooperative owned by its American newspaper and broadcast members.
See stories by Associated Press
LATEST STORIES
Discuss North Carolina politics. Analyze how and why you love the way you do. Quiz yourself on Black history. Hear poetry from NC's poet laureate. Meet NPR hosts and reporters. You never know where WUNC's events will take you. Join us for this ride! See our upcoming events and sign up to attend.
SEE OUR EVENTS
More Stories