WUNC’s 2021 Youth Reporters turned on their mics to collect stories from their communities. Nassibah Bedreddine of Raleigh spoke with her friends about their push for a more diverse sex education curriculum at their schools.

We’re in a phase of discovery, whether it be discovering our hobbies or our bodies. As sexual discovery and fluidity become more and more normalized, the question arises: how are young people learning about safe sex? From my perspective, it’s a short answer: they’re not.

Chalina Morgan-Lopez is a rising senior at Sanderson High School, and her relationship with sexual education, or sex-ed, has been much more off than on.

“In my classrooms, we barely even touched on it," Morgan-Lopez says. "It was just completing a few assignments, kind of filling in the words, but never actually open discussion about it.”

Today, Morgan-Lopez is taking matters into her own hands. She’s committed to changing the way we talk about sex by hosting workshops and presentations on sexual harassment and safety. She got into this work after she herself was sexually violated at school in ninth grade.

“So it was my freshman year when it started happening — first semester. I hadn't even really gotten into the whole high school groove yet," Morgan-Lopez says. "But you know, I just remember one time, I was sitting in French class, dropped a pencil and went to pick it up, and this dude felt like it was a good opportunity to start feeling me up.”

My peers have seen sexual violence in schools go unnoticed and unreported, further normalizing a culture that excuses and even encourages such behavior. When sexual violence is normalized, sometimes it’s hard to even recognize when it happens to you.

After recognizing her experience of sexual violation as what it was, she took action. She started talking to her friends about what happened to her, and she realized many of them had similar experiences. Together, they decided something had to be done.

Morgan-Lopez and her friends started a club called ASAP — or, Association for Sexual Assault Prevention. They launched in April 2019, just in time for Sexual Assault Awareness Month. Together they handed out teal ribbons and flyers to spread awareness.

“We’d wear them and our classmates would be like ‘Hey what's that you got on?’ And we’d tell them what it was about, and they were like ‘That's cool, can we get one too?’ So, it kind of started a small conversation in our school," Morgan-Lopez says. "And you know, it kind of went bigger from there. And I think a lot of people were just happy that people were talking about something that was happening to them and that they saw happening to their friends.”

The club led discussions to fill in the gaps of what was left out in the classroom — especially when it came to sexual anatomy in health classes. Morgan-Lopez noticed that most administrators tended to stress abstinence and procreation-based curriculum, which prevented a lot of discussions around pleasure and consent from taking place.

She remembers one classroom interaction in particular: “We're sitting there. She's pointing at the diagram like, what's the clitoris for? And then, you know, I see the rest of my classmates kind of looking around, some of them are like, ‘Yeah, I know,’ and some of them are kind of like, ‘I don't know, either.’"

Morgan-Lopez says the teacher explained the clitoris contains nerves but didn't mention the word pleasure. It was clear that conversation was needed, but initially, the school administration pushed back; they thought it was too controversial, that talking about sex was too taboo. Morgan-Lopez got around it by saying they were discussing healthy relationships.

The club built an online presence with the goal of spreading info and guidance on sexual health, violence and inclusivity. One post on their Instagram about human trafficking got a lot of people talking about how to stay safe and recognize sexually violent situations.

“If you aren't aware, we have some of the biggest highway systems and the biggest trafficking rates all over the country. And that's what that post was about," Morgan-Lopez says. "And it got a lot of attention, like overnight.”

The post quickly racked up over 12,000 likes and caught the attention of larger movements, such as SHIELD NC, and SafeBAE, a national student-led organization devoted to ending sexual violence in schools across the United States. Morgan-Lopez started working with SafeBAE, as a board member, and now, a regional director. She’s spoken on panels, done Instagram takeovers, and led workshops for other youth about topics like consent.

Morgan-Lopez isn’t the only student in North Carolina who’s working to change the conversation and curriculum around sex ed in schools. Cal Baker is a rising senior at Durham Academy, and like Morgan-Lopez, they saw gaps in what students were learning about sex at school. Baker didn’t take sex ed in 8th grade with the rest of their peers. At the time they were coming out as transgender.

“I was like the trailblazer for gender nonconformity in my middle school," Baker says. "And they had no standards, no rules of like, what could be done, because this student is not in the guys class or the girls class.”

Fast forward to 10th grade, they noticed a lot of gaps and misinformation in the sex ed curriculum, particularly when it came to gender and sexuality. Baker worked with a guidance counselor to change the curriculum.

"I think it's very important that the youth are taking matters into their own hands about sexual education because what young people want to know is very different from what adults think they need to know.”

“I made five pages of notes to give to her for things like this that need to be changed," Baker says. "And a lot of it was things that she said had never occurred to her, which I think it's very important that the youth are taking matters into their own hands about sexual education because what young people want to know is very different from what adults think they need to know.”

Baker’s advocacy didn’t end there. They also got involved with SHIFT NC on the Youth Advisory Council. SHIFT stands for “Sexual Health Initiatives for Teens." As a council member, Cal has been working with teens from across the state to advocate for a more comprehensive and inclusive sexual health curriculum. For them, much change is needed, and change starts with conversation.

“Both talking to adults and being firm about what we actually need is a huge step we can take, and then talking to our peers," Baker says. "It definitely can be a slow process, but if youth are more comfortable with advocating about it than adults are, then youth need to be the people who are advocating for that.”

Not talking about sex doesn’t make it go away — I’ve seen it create a culture where youth are under-informed and more vulnerable to negative sexual experiences. Throughout their senior year, Baker and Morgan-Lopez will continue to advocate for a more comprehensive and inclusive sexual health curriculum.

“I think a lot of people fear that teaching their kids how sex works in general, will make them go out and do it and be irresponsible," says Morgan-Lopez. "But I actually think the opposite is true. I think that when students and youth are educated on these topics, they are more likely to go, 'Oh, you know, maybe this isn't the best decision, maybe I should wait.' And if they do decide to do it, they have all the information they need to be as safe as possible.”

Young people aren’t naive — we understand the controversy and nuance that surrounds sexual education. But we also understand that as long as the curriculum compromises pertinent information about anatomy, consent, and inclusivity, young people won’t have the necessary information we need to pursue happy and healthy relationships. 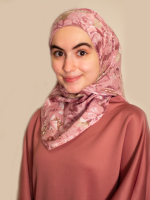 Nassibah Bedreddine
Nassibah Bedreddine is a senior at Athens Drive Magnet High School in Raleigh, NC, and an aspiring investigative reporter. She hopes her tenure with the WUNC Youth Reporter Institute will be the beginning of a long-lasting career dedicated to fighting for social and economic justice through words.
See stories by Nassibah Bedreddine
LATEST STORIES
Elections 2022
Follow WUNC's politics team for the latest news and information about redistricting, voting, and the 2022 election.
READ MORE
Applications for the 2022 Youth Reporting Institute are now open!
Apply Now
Pauli the Podcast
North Carolina Public Radio presents Pauli, a podcast about the power of one person to change what's possible for us all.
LISTEN
Discuss North Carolina politics. Analyze how and why you love the way you do. Quiz yourself on Black history. Hear poetry from NC's poet laureate. Meet NPR hosts and reporters. You never know where WUNC's events will take you. Join us for this ride! See our upcoming events and sign up to attend.
SEE OUR EVENTS
More Stories