The Greensboro Grasshoppers minor league baseball team has been sold — and the new owner has some big plans.

Temerity Baseball recently announced the purchase of the team, which is the High-A affiliate of the Pittsburgh Pirates. The change means it won’t be owned by a local group of investors.

According to a press release, Temerity Baseball is a family-owned business and is an affiliate of Temerity Capital Partners based in Washington, D.C. It also owns the Kannapolis Cannon Ballers, the Single-A affiliate of the Chicago White Sox.

The company is partnering with local government officials and others to build apartments and other economic development near the Kannapolis ballpark.

The company says it sees a lot of potential for growth in Greensboro.

In a press release, Temerity Baseball CEO Andy Sandler says they will continue to build off of the success of the previous ownership group and plan to make First National Bank Field a year-round destination for food, music and other forms of entertainment and events.

The Grasshoppers began playing at the downtown Greensboro stadium in 2005.

The purchase price for the acquisition was not disclosed.

The Hoppers will open the 2022 season at home against the Rome Braves on April 8. 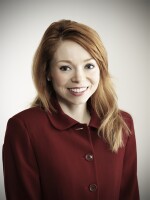 Keri Brown / WFDD
Keri Brown is a reporter and host at WFDD. She comes to the Triad from West Virginia Public Broadcasting, where she served as the Chief Bureau Reporter for the Northern Panhandle. Prior to her time at West Virginia Public Broadcasting, Keri was the head assignment editor at WTRF-TV in Wheeling and a field producer and assignment manager at WPGH Fox 53 in Pittsburgh. She is a graduate of Ohio University.
See stories by Keri Brown / WFDD
LATEST STORIES
Discuss North Carolina politics. Analyze how and why you love the way you do. Quiz yourself on Black history. Hear poetry from NC's poet laureate. Meet NPR hosts and reporters. You never know where WUNC's events will take you. Join us for this ride! See our upcoming events and sign up to attend.
SEE OUR EVENTS
More Stories