Laying Down The Law

In 1948, Pauli Murray began a years-long journey, crossing the country to document each state's segregation laws. The result was an exhaustive, 700-page tome. The text, published in 1951, may have a pretty unexciting title — “States' Laws on Race and Color”  — but its nickname is more glamorous: the “bible of civil rights law."

Pauli's work documenting discriminatory ordinances across the nation was pivotal to the NAACP’s legal team as they fought key battles against segregation in the mid-20th century. But Murray’s road to writing that bible was anything but easy, and she was often on the verge of having to forego the seminal project.

Danielle Holley-Walker: Professor of Law and Dean of Howard University School of Law.

Thanks to the Southern Oral History Program at the University of North Carolina-Chapel Hill for providing audio included in this episode. 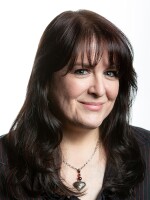