When Alani Rouse was a teenager, she struggled with many mental health issues, like depression, anxiety, and bipolar disorder. She’s now in her early 20s, and when she was 15 years old, Rouse was admitted to a hospital and a few psychiatric facilities across North Carolina for treatment.

Her experience at each place varied, some facilities were better than others for her mental health. It showed Rouse how important a supportive environment is for young folks who are in need of help during a crisis.

“The place that you're in impacts the care that you receive, because that's like your literal environment. Think about the place you have to call home and how that impacts your day-to-day. If your room is not your sanctuary, if it's not a safe place for you, you're gonna have a hard time,” Rouse said.

For Rouse, it helped to have professionals who encouraged her autonomy and met her needs accordingly. Now, Rouse and others in the Durham community are concerned that a plan in Durham County won’t provide the right care, in the right place, for youth in need of help.

Durham County plans to build a new youth detention center for an estimated $30 million. The project has been on the table since 2015, with funding mostly coming from a revenue bond. The current facility is 40 years old and has 14 beds. The new center would have more than double that amount.

In a recent virtual town hall, Angela Nunn — the director of the Durham County Youth Home — stressed the necessity for a new facility.

“We often have children from out-of-county because we do not have bed space, because our 14-bed facility cannot house them.” Nunn said “We do accept out-of-county children, and I understand you think that's a bad thing. But remember, if I'm accepting a kid next door from Chapel Hill, or next door from Granville [County], that child may not be in his or her county because there is not a detention facility. But I am here. And because I am here, that child is not sent to the western part of the state, or is sent to eastern North Carolina.”

The town hall included many members of the Durham community, as well as several county commissioners. The event was organized and led by the coalition Durham Beyond Policing, which is opposed to building a new youth detention center.

“How about we invest in community-based out-of-home placement? How about we invest in places where youth can go where they maybe know somebody, or this is just the house of the home that is welcoming to people who just need a few nights to cool off?” said Durham resident Tyler Whittenberg during the town hall.

Whittenberg is the deputy director of the Opportunity to Learn program for a nonprofit called The Advancement Project, and is helping lead the push against the new facility.

“The idea that someone needs to be separated from their environment does not necessitate incarceration, it does not necessitate secure detention,” Wittenberg added. “Especially if you have invested in reaching out to community members to actually identify funds, and monitor out of home placements.”

During the virtual town hall, Nunn warned that if the jail doesn’t have enough beds, youth will be sent to places outside of Durham County, pushing them further away from their homes.

“I went to the commissioners and I said there's a gap in service here. And we need to figure out what to do. Our phones are ringing off the hook. Families are in crisis. And we need to help,” Nunn said.

Part of the help Nunn referenced would be provided through rehabilitative services in a new assessment building, but people in the community are skeptical about that care coming from the detention center. Kimberly McCrae, a Durham resident who attended the town hall, is among those with questions.

Several years ago, McCrae had to advocate for the safety and care of her daughter after she displayed severely dangerous behaviors. After a long process, her daughter was sent to a center in the Triad, but the services were not helpful for her daughter’s issues.

“By the time you wind up in a space, where now you are locked down, when you're displaying the same behaviors you've been displaying all along, and now all of a sudden, you get locked up for those behaviors," McCrae said. "Her mentality was very rigid, and that's part of the mental health diagnosis that she had."

McCrae added: “I just believe that there are much more effective and caring and compassionate and empathic ways that we can deal with situations of that magnitude. And that is not to say that there might not be instances that occur that require that people be in separate spaces for a variety of reasons. But children in jail... I cannot get myself in a mindset that says that a child put behind bars.”

Alani Rouse shares McCrae’s skepticism that alternatives need to be explored before allocating more funds for juvenile detainment. Rouse says part of that process relies on inviting more youth to the table to discuss more sustainable and appropriate care.

“Even when they're trying to imagine what's best for the kids, how on earth are you going to do that without talking to the kids," Rouse said. "And I think that people need to stop thinking that children cannot voice what they want. Because they're very good at it. They know exactly what they want.”

Durham County is scheduled to begin constructing the new youth detention center in 2022 and is expected to complete that facility by the end of 2023. 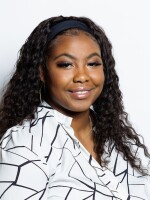 Charlie Shelton-Ormond
Charlie Shelton-Ormond is a podcast producer for WUNC.
See stories by Charlie Shelton-Ormond
LATEST STORIES
Discuss North Carolina politics. Analyze how and why you love the way you do. Quiz yourself on Black history. Hear poetry from NC's poet laureate. Meet NPR hosts and reporters. You never know where WUNC's events will take you. Join us for this ride! See our upcoming events and sign up to attend.
SEE OUR EVENTS
More Stories