David Hairston, 61, has lived near the Belews Creek Steam Station, a coal-fired power plant, since childhood. He feels the plant has done a lot of damage to his community over the years, but his community has continued to find resilience and strength, often with David helping lead the fight.

This June, the Supreme Court ruled to limit the power of the EPA in the case of West Virginia versus the Environmental Protection Agency, which furthered concern for the strength of the nation’s environmental policies going forward.

The decision has direct impacts on residents like David, who feel the effects of a power plant firsthand. Back in June, the EPA held a listening session for residents of the small town of Walnut Cove to share the effects of living beside Duke Energy’s Belews Creek Steam Station. David explained the uncertainty residents are forced to live with.

“So nobody addresses the mental state that people have to live in. Well, if they’re taking a bath, are they killing themselves? They’re bathing their kids in this water. Ten years from now, will they come up with a mysterious illness?”

David grew up in Walnut Tree, a housing development built right outside of Walnut Cove. He remembers how nothing made his mom prouder than being able to buy a home for her family as a single Black woman in the early 1970s. “It was a three-bedroom, bath and a half, carpet, brick home with a carport. I mean, back in 1972, that was fabulous for a home.”

As coal burns, it creates coal ash, a by-product that can be powdery, solid, or wet sludge. Coal ash in North Carolina gained attention in 2014 after the Dan River spill, which was one of the largest coal ash spills in US history. Coal ash contains heavy metals such as arsenic and lead.

The effects of coal ash on human health have not been conclusively determined. In 2018, WUNC’s Frank Stasio interviewed Dr. Julia Kravchenko, an assistant professor in the Department of Surgery at Duke University, about the long-term effects of coal ash. After reviewing existing research, she identified a link between living close to a coal power plant or coal ash pond and higher risks of respiratory and cardiovascular diseases, along with other risks associated with mortality and poor child health. According to the research, there is no direct link between these conditions and coal ash. But residents, like David, believe there is a connection. He took me on a tour of his neighborhood, pointing out houses along the street where he grew up.

“A lot of these people here died of cancer. There’s not a home up here on either side of the road, from my mom's house all the way down to the steam station that there’s not a cancer survivor or somebody that died of cancer, none of these homes.”

Caroline Rutledge Armijo, 48, grew up near Walnut Cove. She noticed in her adult life how many people from the area were being diagnosed with cancer and other illnesses.

“I knew a lot of people had cancer. I mean, that was just part of life growing up. It seemed like people were dying really quickly, at a faster pace than usual, and that was really the tipping point of like, what's going on here?”

Caroline started researching coal ash and became an advocate. She and David, along with other activists, have made a lot of progress since the wave of momentum after the 2014 Dan River spill.

They were part of a lawsuit that will require Duke to move coal ash in Walnut Cove from an unlined basin to a lined landfill. The lawsuit was won through collective action across the state, and 13 unlined basins in other communities will also be cleaned up.

But, there is still mistrust within the community. So I reached out to Duke Energy representative, Bill Norton, about their plans for the basins and community outreach.

"We’re making great progress on ash basin closure at Belews Creek, where NCDEQ confirmed our Belews Creek basin closure plan is protective of public health and the environment," said Bill. "That progress allows us to focus on our larger goal of building a cleaner energy future while keeping energy affordable and reliable."

Bill says when building future facilities, Duke plans to engage community feedback and EPA environmental justice guidelines early in the process. But as a resident of Walnut Cove, David would like to see more third-party accountability with Duke today in Belews Creek.

“[We need] to make sure that the fox is not guarding the henhouse. I mean, the trust factor with Duke and the people in the community right now is zero.”

Listening to David talk, you realize he has no option but to be invested in this fight. But he’s not just waiting on changes from Duke. He’s working on other solutions in the meantime. He advocated for Walnut Cove and its residents to lease land for 300 acres of solar panels to be built. The panels create enough energy to power almost 10,000 houses. They went online in June. Duke buys the energy produced from the solar farm, so their plant can produce less energy and burn less coal. David’s proud to be making tangible changes that can already be felt in his community.

Like David, Caroline is taking outside action while the long legal battles continue. As she grapples with the sickness and death in Walnut Cove, she turns to art as a way to highlight injustice.

Caroline showed me around her art exhibit at the GreenHill Center in Greensboro, which includes columns made from the coal ash at Belews Creek and the stories of impacted residents. The piece was exhibited in the GreenHill gallery in Greensboro this spring and summer. Caroline wanted a piece that viewers could walk around as a sacred space. She hopes to have the exhibit travel around North Carolina in the future.

Later, she showed me one of her first pieces about coal ash, made from an old prayer book called Your God Is Too Small. She made the piece after her childhood best friend, Danielle Bailey-Lash was diagnosed with brain cancer in 2010.

“I really wasn't sure that she was going to be okay. So I was asking, 'Whose God is too small? Is it my God?'”

The inside of the book has been partially hollowed out. She’s folded grave rubbings of people she was concerned about into the book, giving it the rough shape of a brain.

In 2017, Caroline won the ArtPlace America Grant, which has allowed her to create the exhibit and honor Danielle. This exhibit is a small part of her larger initiative called the Lilies project. The goal is to highlight creative solutions to address coal ash.

“What I love about the creative placemaking process is you're also using art, and the way artists think, to come to the table to talk to people in these government roles or in these positions where they wouldn't really be at the table before and so that instigates change.”

Next, Caroline and other residents are beginning work on a greenway that would make Walnut Cove more walkable while allowing for more public spaces and decreasing pollution.

“Give impacted communities money to try to figure out how to solve a problem. And it may be untraditional, but I think that big change kind of comes from that.”

With the slow nature of fighting corporations often leading to burnout, activists like Caroline and David have kept their momentum in the years since the Dan River spill by investing in their community through projects that build relationships.

“That's why we call it David fighting Goliath. If we don't have the money to fund them, we have to shame them into doing the right thing. So you have to march, you have to get on TV and tell the facts and keep shining the light on them,” says David.

In such a tight-knit community, environmental activism is personal. And residents of Walnut Cove are in it for the long haul. 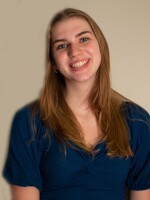 Claire Haile
Claire Haile grew up in the Greensboro area. She is a rising sophomore at Davidson College, where her interests include history, anthropology, and gender and sexuality studies.
See stories by Claire Haile
LATEST STORIES
Elections 2022
Follow WUNC's politics team for the latest news and information about redistricting, voting, and the 2022 election.
READ MORE
Applications for the 2022 Youth Reporting Institute are now open!
Apply Now
Pauli the Podcast
North Carolina Public Radio presents Pauli, a podcast about the power of one person to change what's possible for us all.
LISTEN
Discuss North Carolina politics. Analyze how and why you love the way you do. Quiz yourself on Black history. Hear poetry from NC's poet laureate. Meet NPR hosts and reporters. You never know where WUNC's events will take you. Join us for this ride! See our upcoming events and sign up to attend.
SEE OUR EVENTS
More Stories