North Carolina has been chosen to host the 2029 FISU World University Games.

According to FISU — or the International University Sports Federation — the games are the world's largest event for student-athletes and second in size only to the Olympic Games.

The organization's executive committee voted Tuesday to make the Triangle region the site of the games for summer 2029.

"The FISU World University Games will be the largest event ever hosted in our state, and it will give us the unique opportunity to not only host athletes and fans from more than 150 countries, but to showcase North Carolina, including our renowned universities and all that our great [state] has to offer, to a worldwide audience of more than 400 million!" Marshall said in a press release issued by the North Carolina Bid Committee.

The 2023 Winter FISU games run January 12 to 22, 2023 in Lake Placid and the Adirondack region. It will mark the first time the FISU Winter Games have been held in the United States in 51 years, according to the NC Bid Committee.

North Carolina lost a previous bid to host the games in 2027. 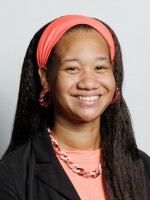 Sascha Cordner
Sascha Cordner is WUNC’s Daily News Editor. She joined the station in June 2022, after working as the first statewide afternoon newscaster for the Texas Newsroom for nearly three years. As part of the NPR-Texas collaborative, she was based out of Houston Public Media.
See stories by Sascha Cordner

Laura Pellicer
Laura Pellicer is a digital reporter with WUNC’s small but intrepid digital news team.
See stories by Laura Pellicer
LATEST STORIES
Discuss North Carolina politics. Analyze how and why you love the way you do. Quiz yourself on Black history. Hear poetry from NC's poet laureate. Meet NPR hosts and reporters. You never know where WUNC's events will take you. Join us for this ride! See our upcoming events and sign up to attend.
SEE OUR EVENTS
More Stories