After runoff, Rowe's win confirms there will be a new sheriff in Wake County

Voters in Wake County will elect a new sheriff in the November general election.

In the July 26 runoff, current Wake County Sheriff Gerald Baker was defeated by his Democratic challenger Willie Rowe. According to the unofficial results, Rowe received more than 75% of the vote, making him the Democrat party's nominee.

Rowe, who worked in the sheriff's office for 28 years, had finished ahead of Baker in the seven-candidate May 17 Democratic primary. But he failed to exceed the 30% threshold to win outright, leading to a runoff against second-place finisher Baker, who was first elected in 2018 by defeating Harrison.

Among other duties, the Wake sheriff runs the county's jails, manages pistol permits, serves warrants and polices certain sections of the county.

Baker ran in 2018 primarily on his opposition to Wake’s longtime formal partnership with U.S. Immigration and Customs Enforcement in which deputies enforce immigration laws in the jail. Once elected, he cut ties with the 287(g) program.

In Greensboro, the state's third-largest city, incumbent mayor Nancy Vaughn declared victory. But challenger Justin Outling says he will wait until every vote is counted before conceding. According to the State Board of Elections, Outling trails Vaughn by 425 votes as of noon Wednesday.

Voters in more than a dozen municipalities or counties had elections on Tuesday, either to elect new officials or pick party nominees.

Municipal elections are usually held in odd-numbered years, but some were moved to this year because of 2020 census delays. Those results are needed to adjust district boundaries for population changes. 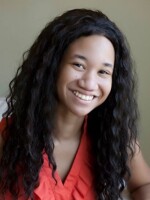 Sascha Cordner
Sascha Cordner is WUNC’s Daily News Editor. She joined the station in June 2022, after working as the first statewide afternoon newscaster for the Texas Newsroom for nearly three years. As part of the NPR-Texas collaborative, she was based out of Houston Public Media.
See stories by Sascha Cordner

Associated Press
The Associated Press is one of the largest and most trusted sources of independent newsgathering, supplying a steady stream of news to its members, international subscribers and commercial customers. AP is neither privately owned nor government-funded; instead, it's a not-for-profit news cooperative owned by its American newspaper and broadcast members.
See stories by Associated Press
LATEST STORIES
Introducing The LaboraSTORY
A youth-centered project designed to develop the content and curriculum creation skills of local high school students.