Who Becomes The Face Of A Horrific Attack?

The spate of headlines that drew them to our attention has died down. Yet I still find myself thinking about the faces of a certain 19-year-old man and his elder brother, accused by police of bringing about a tragic end to what should have been a day of joy and celebration.

The two brothers are Akein and Shawn Scott, accused of shooting into a crowd of revelers celebrating Mother's Day in New Orleans. Perhaps you thought I meant the brothers Tsarnaev, whose faces really were ubiquitous in the weeks after police identified them as the principal suspects in the April 15 Boston Marathon bombing. And I'll understand if this is the first time you're hearing the names of the brothers Scott, given that coverage of the Mother's Day tragedy was much more muted than coverage of the events in Boston.

I don't want to equate these two events, because the scale of each attack was quite different. The events in Boston left hundreds of people injured and five dead, including Tamerlan Tsarnaev. In New Orleans, "only" 20 people were struck, including two 10-year-old children. Nobody died. The toll in human life and limb was certainly not equivalent.

But it doesn't diminish the tragedy in Boston to note that what happened in New Orleans was also tragic. And no simple accounting of injuries and fatalities explains what comes to dominate our national attention. There's a certain randomness to the factors that determine how much we notice these events and how notorious the people accused of perpetrating them become. It's hard to pinpoint why "Jared Lee Loughner" is something of a household name, yet "One L. Goh" remains relatively obscure. It's even harder to avoid the perception that two of the factors are race and ethnicity.

David Dennis suggested as much in a widely circulated Guardian column last week:

I've learned to redefine what constitutes an American tragedy. American tragedies occur where middle America frequents every day: airplanes, business offices, marathons. Where there persists a tangible fear that this could happen to any of us. And rightfully so. Deaths and mayhem anywhere are tragic. That should always be the case. The story here is where American tragedies don't occur.

American tragedies don't occur on the southside of Chicago or the New Orleans 9th Ward. They don't occur where inner city high school kids shoot into school buses or someone shoots at a 10-year old's birthday party in New Orleans. Or Gary, Indiana. Or Compton. Or Newport News. These are where the forgotten tragedies happen and the cities are left to persevere on their own.

Jay Caspian Kang wrote a detailed, moving piece for the New York Times Magazine in March on One L. Goh's shooting rampage at Oikos University in Oakland, Calif. In it, he says this:

On July 20 last year, James Holmes opened fire on a crowded movie theater in Aurora, Colo. Two weeks later, Wade Michael Page killed six people in a Sikh temple in Oak Creek, Wis. For the first time since Virginia Tech, the conversation about gun violence picked up, despite a tacit refusal by the two men running for president to address the issue in their campaigns. Then came the Newtown shootings, after which President Obama gave several speeches on the need for substantive gun control. In those speeches, he mentioned Aurora and Oak Creek and a shooting in a shopping mall in Clackamas Town Center, Ore. Oikos was never mentioned.

It rakes at your guts, to watch your tragedies turn invisible. You know why it's happening, but admitting it to yourself — that it has to do in some indivisible way with the value of immigrants' lives — is something you'd rather not confront. The victims of the Oikos massacre came from Korean, Indian, Tibetan, Nigerian, Filipino and Guyanese backgrounds. They attended a low-cost, for-profit, poorly rated Korean-community nursing school in a completely featureless building set along the edge of a completely unremarkable part of Oakland. They were not held up as beacons for the possibilities of immigration, nor were they the faces of urban decay and the need for government assistance and intervention. They did not exist within any politicized realm. One Goh came from the same forgotten stock. And because the Oikos shooting occurred in a community that bore almost no resemblance to the rest of the country, the magnitude of the tragedy was contained almost entirely within the same small immigrant circles, many of whom fear that any talk about such terrible things will bring shame directly on them.

I heard echoes of that fear in my colleague Gene Demby's story last week about the aftermath of the New Orleans shootings. He talked to Loyola University professor of public policy Andre Perry, who suggested that some residents of New Orleans were hesitant to seek justice for the shootings too forcefully, given the already sky-high incarceration rate of black men in the city. "The conversation always swirls around defending the image of New Orleans or defending the image of the black man and not protecting the collateral damage that comes from these things," Perry told Gene.

It was jarring, after weeks of saturation coverage of the Tsarnaevs, to see the faces of the Scotts speed by in the brief flash of attention to the New Orleans shootings. After Boston, reporters fanned out far and wide in search of any possible detail that could illuminate the Tsarnaevs' inner lives — we heard from ex-girlfriends, former roommates, gym buddies, and seemingly every branch of the family tree. And above all, we saw the faces of Dzhokhar and Tamerlan Tsarnaev — over and over, as if we could ask the question, Why might these men have done this horrible thing? and look into their eyes and divine an answer.

Paul Bloom in the New Yorker last week remarked on how Dzhokhar Tsarnaev's baby face seemed to inspire an unusual degree of empathy. Citing Hanna Rosin's piece in Slate about the maternal response Tsarnaev provoked in some, Bloom also raised the question of race: "If Tsarnaev were black, would he evoke the same response from the mothers Rosin encounters?"

But what's notable is not just that some of us come to empathize with the ubiquitous faces of these men, but that we build worlds around those faces. We scry all the creases of their young lives for signals that might predict the horrors that would come. We learn what video games they played, what music they listened to, what they said to friends in private conversations, what they looked like in baby pictures, what their aunts and uncles thought of them. Once we had names and faces to blame for the tragedies in Boston, Newtown, and Aurora, the stories grew larger.

This is why I was so struck by the way the faces of the Scott brothers flashed by, essentially anonymous. It was as if we didn't need to imagine why these men might have done this horrible thing. The story told itself: Just another gang-motivated shooting in a place where such things are too common, by two men who may as well be stereotypes. No baby pictures necessary.

Often in the wake of tragedies like these, some of us wonder whether it's appropriate for us to focus so much attention on the alleged perpetrators at all. It should be the victims we memorialize, the argument goes, not the victimizers. Perhaps this is true. Maybe the anonymity of the Scott brothers is actually the best approach.

But that argument requires that we recognize the victims at all, that we take a moment to acknowledge the horror of a bullet hitting a 10-year-old child at a Mother's Day parade. And that we greet the news of the victims' survival in this case with gratitude rather than indifference.

On Wikipedia, more than 25,000 words fill the two entries on the Boston Marathon bombings and the brothers Tsarnaev. Of those words, a little more than 400 are devoted to the victims of the attacks.

Meanwhile, editors are discussing whether the Wikipedia page for the New Orleans shooting should be deleted altogether. After all, it's not as though anyone died.

Again, Jay Caspian Kang: It rakes at your guts, to watch your tragedies turn invisible. 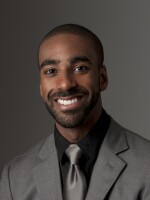 Matt Thompson
As Director of Vertical Initiatives (and Mischief) at NPR, Matt Thompson works with teams across the company to guide the development of topic-focused verticals covering race, ethnicity and culture; education; and global health and development.
See stories by Matt Thompson
LATEST STORIES
Pauli the Podcast
North Carolina Public Radio presents Pauli, a podcast about the power of one person to change what's possible for us all.
LISTEN
WUNC Events
Discuss North Carolina politics. Analyze how and why you love the way you do. Quiz yourself on Black history. Hear poetry from NC's poet laureate. Meet NPR hosts and reporters. You never know where WUNC's events will take you. Join us for this ride! See our upcoming events and sign up to attend.
SEE OUR EVENTS
More Stories