IBMA: Bluegrass Music Awards Will Go On In Raleigh

Tonight's the night the spotlight shines on the best and the brightest from the world of bluegrass music.

Even while the stormy forecast has driven the Wide Open Bluegrass concerts indoors and may have dampened some of the festival quality of the World of Bluegrass event,  it's the evening that the International Bluegrass Music Association honors bluegrass musicians, scholars, pioneers and impressive new artists in their annual event that's  like the Grammys or Oscars for the bluegrass music business and musicians.

Now in its third year in its Raleigh home, the IBMA winners will be announced again this year at a star-studded event held in the Duke Energy Center For the Performing Arts, Memorial Hall.

Among its dozens of awards, the IBMA is also set to honor contributions from pioneers Bill Keith, Larry Sparks, while also providing Distinguished Achievement Awards to banjo player , comedian and actor Steve Martin and to historian Murphy Henry for a scholarly examination of the role of women in bluegrass (her book, Pretty Good for a Girl).

Back Porch Music hosts Keith Weston and Freddy Jenkins reviewed some of the nominees and picks in conversation with Eric Hodge on Thursday's Morning Edition. You can listen to that conversation here:

Note: The ticketed portion of this weekend's Wide Open Bluegrass festival will be moved from the Red Hat Amphitheater into the Raleigh Convention Center in Exhibit Halls A & B. All current Red Hat Amphitheater tickets will be honored, according to a press release issued by the IBMA.

Updated Thursday 10:10 a.m.: The full Wide Open Bluegrass festival and StreetFest, featuring 100 bands from around the world playing a variety of styles of bluegrass over the course of the two-day event, will also move inside in the Raleigh Convention Center. 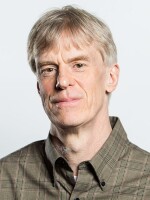 Freddy Jenkins
Freddy is a North Carolina native. He came to Chapel Hill to attend UNC-CH in 1978 and has called it home since. He began working at WUNC in 1979 as a work-study student recording features, working on Listen Magazine (the station's original program guide) and assisting in the music library. Later he moved into on-air work. Some of his duties over the years have included hosting music programs of all types, recording live concerts and engineering talk shows. He's also written about music for various Triangle-area publications.
See stories by Freddy Jenkins

Eric Hodge
Eric Hodge hosts WUNC’s broadcast of Morning Edition, and files reports for the North Carolina news segments of the broadcast. He started at the station in 2004 doing fill-in work on weekends and All Things Considered.
See stories by Eric Hodge
Related Content