Cannabis has historically been a taboo subject in North Carolina, but this year, that may be beginning to change thanks to a new law supporting a pilot program for industrial hemp farming.The initiative to legalize cannabis for industrial hemp cultivation began in 2014, with a farm bill signed by President Obama.

The bill states that industrial hemp is distinct from marijuana. It also authorizes institutions of higher education or state departments of agriculture (in states that legalize hemp cultivation), to regulate and conduct research and pilot programs with the hemp plant.

In 2015, the North Carolina general assembly passed Senate Bill 313, allowing the Industrial Hemp Commission of North Carolina to form and develop rules and licensing structure necessary for farmers to grow the crop. By February of 2017, everything was in order and farmers could begin obtaining their hemp farming licenses. Today, over one hundred growers have submitted applications.

Former tobacco farmer Jay Foushee, of Roxboro, recently planted his first round of hemp, and is excited to see what the new crop can do to generate income for his farm.

“We certainly hope that this crop will be a staple in North Carolina and a commodity that farmers want to grow and can help keep some farmers in business,” he said.

Hemp fibers can be used to create a plethora of products, from fabric and rope to eco-friendly construction materials. And hemp oil can be taken as a health supplement when bred to be rich in cannabinoids, also known as CBD, a naturally-occurring anti-inflammatory and anti-spasmatic.

Marijuana and hemp are both classified as cannabis, the difference being that hemp, by law, must contain less than 0.3 percent of THC, the psychoactive component in the cannabis plant. This renders the hemp plant useless for recreational purposes.

Calvin Whitfield, a leader of the hemp farming effort in Person County and a long-time friend of Foushee, says that with the right introduction, people generally have a positive response.

“Once people become a little educated about what’s going on, it changes their mindset,” Whitfield said. “You’ve gotta decouple the marijuana from the hemp.”

In fact, Whitfield said even his mother’s church group and the town sheriff are on board with the mission to grow hemp as a cash crop, and have offered to help any way they can. Meanwhile, Whitfield finds relief from an old football injury with help from a hemp-based salve.

Hemp harvesting season begins this October, and North Carolina hemp products should be available to the public by the holiday season. 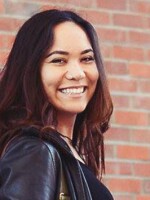 Xernay Aniwar
Xernay (JerN-eye) Aniwar is a graduate of Elon University, where she studied strategic communications and psychology.
See stories by Xernay Aniwar
LATEST STORIES
Discuss North Carolina politics. Analyze how and why you love the way you do. Quiz yourself on Black history. Hear poetry from NC's poet laureate. Meet NPR hosts and reporters. You never know where WUNC's events will take you. Join us for this ride! See our upcoming events and sign up to attend.
SEE OUR EVENTS
Related Stories
More Stories