In a public briefing on Tuesday, Democratic Governor Roy Cooper strongly encouraged all schools in the state to offer some form of in-person learning for students. The statement comes as legislation that would mandate in-person learning moves through the General Assembly.

BREAKING: @NC_Governor strongly urges ALL schools to provide in person learning and follow the safety protocols laid out by @NCDHHS. pic.twitter.com/p45YBDv0pP

Cooper has faced increasing pressure from GOP lawmakers to reopen more schools. The legislation, introduced by Republican lawmakers on Monday, would require school districts in the state to offer at least partial in-person instruction for all K-12 public school students. Senate Bill 37, which is proposed by state Sens. Deanna Ballard, Michael Lee and Ralph Hise, would still allow parents to utilize an online-only option for their child.

Despite his strongly worded "urging" to reopen, Cooper stopped short of issuing his own official mandate.

Cooper was joined by the state health secretary, state superintendent of public instruction, and chairman of the state school board in saying that students haven't been getting what they need from remote learning and that schools can reopen safely.

But the governor says it should be up to administrators at the local level to determine whether they're ready to open back up. Cooper also said he's concerned that the pending legislation strips protocols for safeguards like masking and social distancing.

Superintendent Catherine Truitt said students will already have a lot of ground to make up, including in their mental and physical health.

"Data shows us that our most vulnerable students are also those who are disproportionately impacted by the remote, at-home learning environment," she said.

If the Senate bill passes and Cooper does decide to sign it, the plan would take effect within a couple of weeks and remain in place for the remainder of the school year. 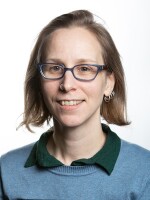 Amy Jeffries
Amy is the Daily News Editor at WUNC in Chapel Hill where she manages day-to-day coverage of everything from gerrymandering to rogue emus.
See stories by Amy Jeffries

Associated Press
The Associated Press is one of the largest and most trusted sources of independent newsgathering, supplying a steady stream of news to its members, international subscribers and commercial customers. AP is neither privately owned nor government-funded; instead, it's a not-for-profit news cooperative owned by its American newspaper and broadcast members.
See stories by Associated Press
LATEST STORIES
Elections 2022
Follow WUNC's politics team for the latest news and information about redistricting, voting, and the 2022 election.
READ MORE
Applications for the 2022 Youth Reporting Institute are now open!
Apply Now
Pauli the Podcast
North Carolina Public Radio presents Pauli, a podcast about the power of one person to change what's possible for us all.
LISTEN
Discuss North Carolina politics. Analyze how and why you love the way you do. Quiz yourself on Black history. Hear poetry from NC's poet laureate. Meet NPR hosts and reporters. You never know where WUNC's events will take you. Join us for this ride! See our upcoming events and sign up to attend.
SEE OUR EVENTS
Related Stories
More Stories