State elections officials say they will continue to count votes as local elections boards process remaining mail-in and provisional ballots that are delivered by the Postal Service through Nov. 12, as long as they were postmarked by Election Day.

As of Wednesday afternoon, counting of all votes was complete, and Trump held a narrow lead over Biden.

"North Carolina stopped counting votes on election night, because there were no more votes to count at that time," said Karen Brinson Bell, Executive Director, @NCSBE.

Now we wait for more absentee ballots to come in to be processed.

"We have to wait until those arrive to us to make sure they were properly postmarked," she said at a press conference Wednesday afternoon.

North Carolina's numbers are unlikely to change dramatically before November 12 or 13 when most counties will meet to count remaining absentee ballots and consider provisional ballots, according to Brinson Bell. That being said, the 117,000 number may decrease as ballots are excluded for late postmarks, or if people voted  in-person on Election Day or incorrectly filled out ballots.

"What we ask is to let the process happen, just as it has in previous elections, and with that we will be able to secure an accurate election for North Carolinians," said Karen Brinson Bell of @NCSBE.

The state board had extended the deadline for absentee ballots to be received at local election offices from Nov. 6 to Nov. 12 as part of a consent decree in a state lawsuit by voting rights advocates. They must be postmarked by Election Day.

The Associated Press contributed to this report. 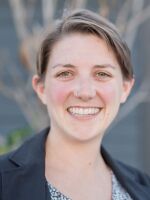 Natalie Dudas-Thomas
Natalie Dudas-Thomas serves as WUNC’s Social Media Producer. Combining her background in journalism and digital marketing, Natalie previously worked at WGBH Boston and served as Social Media Producer for PRI’s The World. Most recently, Natalie managed her own business consulting with dozens of nonprofits and women-owned businesses to help increase their web presence. Her work has been featured in numerous publications and she's presented at SXSW discussing how the use of GIFs can help advance journalism.
See stories by Natalie Dudas-Thomas
LATEST STORIES
Discuss North Carolina politics. Analyze how and why you love the way you do. Quiz yourself on Black history. Hear poetry from NC's poet laureate. Meet NPR hosts and reporters. You never know where WUNC's events will take you. Join us for this ride! See our upcoming events and sign up to attend.
SEE OUR EVENTS
Related Stories
More Stories