Mexican authorities say a drug trafficker known as "El Chueco," or the crook, is a suspect in the murder of a North Carolina Spanish teacher last month. 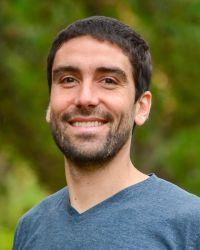 The area in north central Mexico near Copper Canyon National Park is known for activity by drug cartels. Braxton-Andrew was on a solo sightseeing trip when he disappeared more than two weeks ago. His family alerted police, who began a search with an airplane, drones and dogs.

Now police are searching for both the drug trafficker and Braxton-Andrew’s body. It wasn't clear how authorities knew about the murder.

Jurado said it “broke my heart” to inform the family of the findings of the investigation. He said he told the family:  "Not only will we find the body of Patrick, but we will do justice and we will give exemplary punishment to this cowardly criminal and his gang. We will put an end to its influence and control of that area, under the Sinaloa cartel."

The 34-year-old Braxton-Andrew was an avid traveler and fluent in Spanish. He was a Davidson College graduate who taught Spanish at Woodlawn School near Davidson.  He is survived by his parents, Jean Braxton and Gary Andrew, and brother, Kerry Braxton-Andrew.

The family had enlisted help in the search for Braxton-Andrew from Mexican and U.S. authorities, as well as North Carolina's congressional delegation. In a tweet Thursday, U.S. Sen. Thom Tillis said he was saddened" and would continue working with authorities on the search.

Patrick’s family deserves justice, and I will continue to work with the @StateDept and federal officials as Mexican law enforcement continues their investigation.— Senator Thom Tillis (@SenThomTillis) November 15, 2018