The Cycle Of Chronic Gun Violence: How One Community Looks To Save Lives In A New Year

In most American cities, gun homicides are on the decline. But Durham, North Carolina, saw its homicide rate rise in 2019. While the community copes with feelings of chronic violence, one outreach worker is dedicating his time to ending the cycle.

652 shooting incidents were reported to the Durham Police Department last year. In at least 37 of those incidents, someone died. The shooting death in August of nine-year-old Z’Yon Person struck the community particularly hard.

Where The Violence Happens 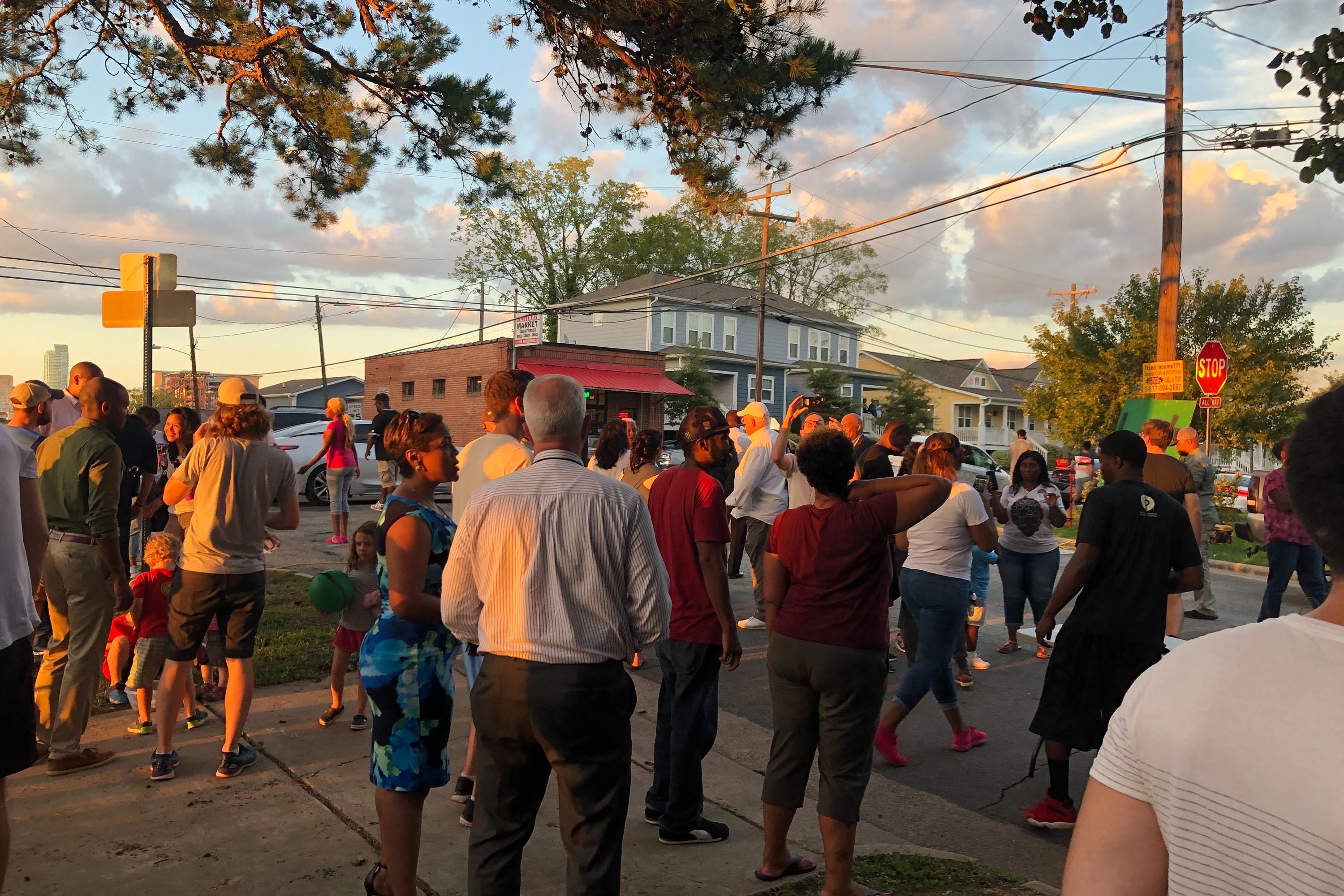 Residents from Durham’s Southside community participated in a “Stop The Violence” rally in the summer of 2019, hosted by Chance2Change, a community outreach organization in the city.

A majority of the violence has been in areas east and south of Downtown Durham. It’s more densely populated and a part of town removed from the wealthier areas clustered around Duke University.

On a cold and cloudy Monday evening in January, residents gathered at the Southside Church of Christ to honor the lives lost from gun violence last year. Bull City United (BCU), a community outreach program run through Durham County’s Department of Public Health, led the vigil.

BCU follows the Cure Violence model, created by epidemiologist Gary Slutkin in 2000. The model identifies neighborhoods with the most gun violence as well as those most at-risk for committing that violence. Members from the community, called violence interrupters, work with those most at risk, directing them away from violence and helping them attain employment or educational opportunities. David Johnson leads BCU and is one of their violence interrupters. 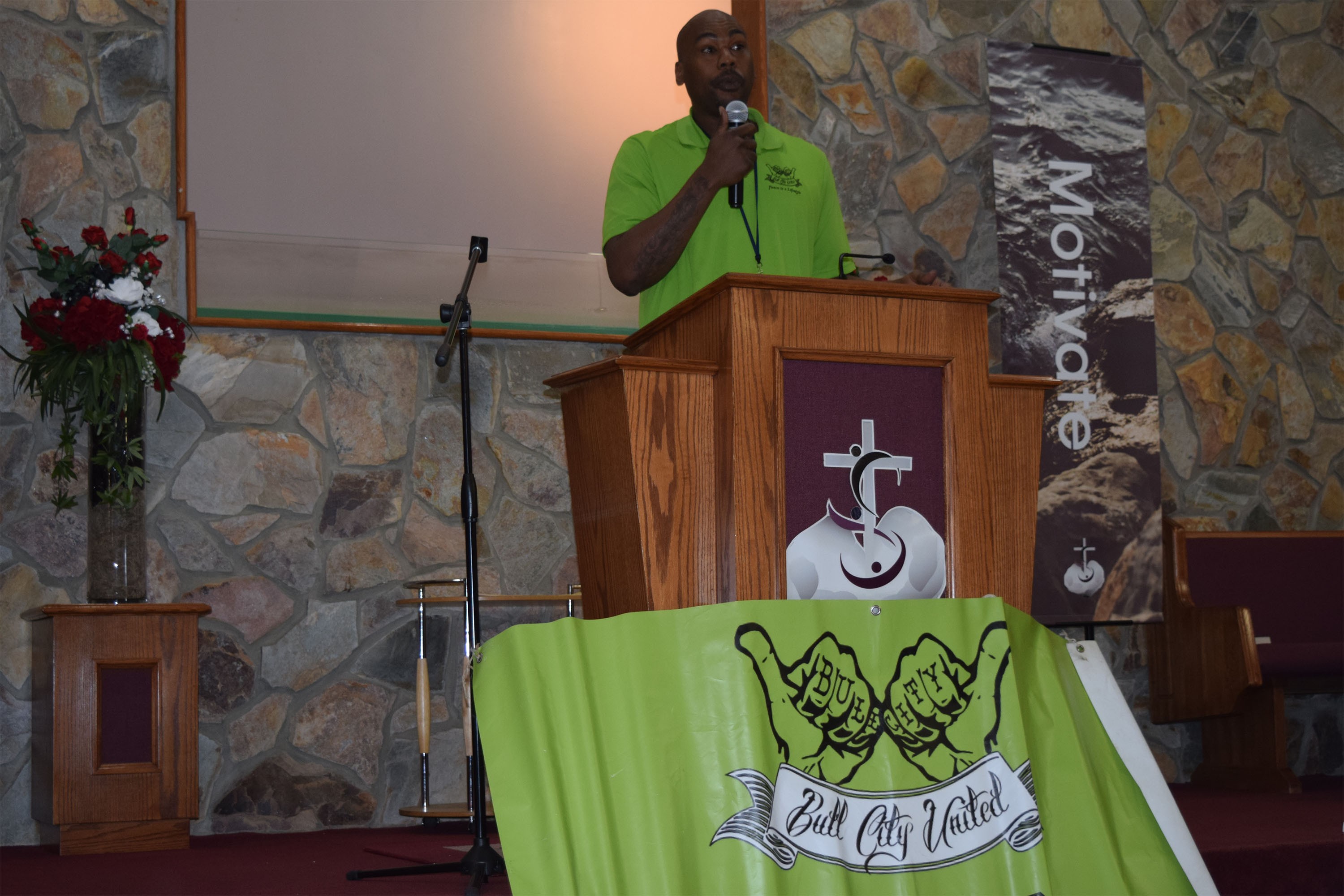 “Just say I’m in the community and something transpires and an individual wants to go out and commit a violent crime,” Johnson said. “I will actually sit down with him and let him know the pros and cons of what his actions will lead to. Nine times out of 10, it helps people make better decisions.”

‘We’re People From Those Communities’

BCU works in two “targeted” areas: McDougald Terrace, a public housing community, and Durham’s Southside neighborhood. Johnson grew up in the Southside. He also used to be in a local gang. He feels it helps him relate to those in his community who might turn to violence because he knows exactly what they’re going through.

“We’re people from those communities that people already know and trust that [are] going out and trying to change our lives,” Johnson said, “and also trying to change the lives of other people.”

According to the county’s Department of Public Housing, the number of shootings in BCU’s targeted areas is down 28% over two years from 2016, when the program started. Every day, Johnson and his team canvas the targeted areas, talking to people and checking in on those who are most likely to pick up a gun to cause harm.

Thomas Abt, a senior research fellow at the Harvard Kennedy School of Government and the author of “Bleeding Out: The Devastating Consequences Of Urban Violence — And A Bold New Plan For Peace In The Streets”, believes this Cure Violence-inspired approach is the right tactic.

“We need to make sure that we provide these individuals with a balanced range of incentives to help them change their behavior,” Abt said.

Where Cure Violence Works — And Where It Doesn’t

Durham is among 25 cities across the United States that have adopted the Cure Violence method, which has seen success.

In the few areas the program hasn’t worked, Abt said the community outreach programs often didn’t receive enough investment from local and state officials. Researchers at Johns Hopkins looked at how the Cure Violence model affected Baltimore’s gun violence rates. While several neighborhoods saw a reduction in homicides, one neighborhood had a sharp increase. The researchers concluded that the model works best in neighborhoods that aren’t transient and that have a history of organizing.

Abt also believes the Cure Violence method works best when paired with policing efforts. When paired together, the strategy can build trust in communities that might not trust the police to begin with.

Ernestine Briggs King is a psychologist in Durham and often sees patients dealing with PTSD and other symptoms of trauma.

“We see a lot of different responses that kids may have to keep their brothers and sisters safe,” King says. “They may start carrying weapons, they may join a gang.”

King says worrying about how to keep themselves safe cuts into time kids can spend learning, playing and getting to be a kid, which often causes the cycle of violence to continue in a community.

Breaking The Cycle Of Violence

David Johnson sees that cycle of violence and says his job can be brutal — especially when someone he works with gets arrested or shot.

But he doesn’t let that stop him.

“I never stop. The goal is if you don’t hear me today, maybe you’ll hear me tomorrow,” Johnson said.

For the past three years, BCU has held a vigil at the beginning of the year to honor those killed by gun violence in the previous year. Johnson says this year, while he will continue to spend one-on-one time with those most at risk in Durham, the community will have to come together to support these outreach efforts if Durham wants to see fewer homicides than in 2019.