#NPRreads: Take Your Pick Of Space, Race Or Celebrity

#NPRreads is a weekly feature on Twitter and on The Two-Way. The premise is simple: Correspondents, editors and producers from our newsroom share the pieces that have kept them reading, using the#NPRreads hashtag. Each weekend, we highlight some of the best stories.

Speaking of @airspacemag, great story this month on the search for life on the moons of Jupiter and Saturn #NPRreads https://t.co/VBDLezocRV

Some of the most promising potential homes for life away from Earth are the moons of Jupiter and Saturn. NASA and researchers want to "visit" them all — but given the cost, time and distances involved with sending missions to the outer solar system, they must think very carefully about picking their shots, as Smithsonian's Air & Space magazine reports.

When scientists do reach the point of planning a mission, spaceflight challenges don't get much tougher: The radiation and gravity forces are brutal. Plus some potential missions require inventing whole new techniques for astro-amphibious-underwater exploration. A future mission to Jupiter's moon Europa, for example, could involve sending a probe across the expanse of space, then having it drop a robot submarine through the crust of ice on the surface to explore the liquid ocean below. Another proposal calls for sending a spacecraft to Saturn's Titan — a moon larger than our own, and larger even than the former planet Pluto — which would launch what I insist be called a Space Boat to sail on its lakes of methane.

Air & Space also details the case for life on Saturn's moon of Enceladus, and makes clear that exploration in the coming decades may determine whether life in the universe is unique to Earth or whether — just as probably — it's abundant.

When a suggested Facebook tag evokes centuries of racism and oppression. From the brilliant @tejucole #NPRreads https://t.co/D78A4gFyAO

When Toronto-based photographer Zun Lee started taking the "orphaned Polaroids" of African-Americans that he'd bought secondhand and uploading them to Facebook, he found that they were not so orphaned after all. Facebook's facial recognition system gave him suggested tags of people he had never met, but whose memories he held in his hand.

Lee is an artist, but at his computer he had waded into a whole new territory.

Teju Cole explores this artist's responsibility, the responsibility to protect intimate moments, with great tact and poise in his new essay in the New York Times Magazine,The Digital Afterlife of Lost Family Photos. Cole writes: "Black Americans, for most of their time in this country, were named, traded and collected against their will. They were branded — physically tagged — both to hurt and control them."

In a time of mass data collection and widespread surveillance, Lee's conundrum faces new urgency, one that finds its ideal home in the writing of Teju Cole. If you have family photos or use a computer, you should read this piece.

I came across this piece in a typical way — I saw it on social media from an old friend at the Dallas Morning News,Mike Drago.

I had never heard of the writer and didn't care very much about the Johnny Manziel story. But once I started reading, I was hooked.

A reminder: Manziel is a free-agent quarterback, most recently with the Cleveland Browns. A Dallas County grand jury indicted him on a misdemeanor assault charge brought by his ex-girlfriend.

Commentator Father Joshua J. Whitfield, a priest at St. Rita Catholic Church in North Dallas, ultimately asks us to think of Manziel as a man who can change.

Whitfield pushes all of us to ask about our own role in creating a sports celebrity that tolerates domestic abuse. But it's not as if we can just examine one moment in the process of creating a superstar.

Check out this incredible writing about Manziel:

"His is a story of family history and upbringing: of an East Texas wildcatter, cockfighting sort of history. An upbringing by overly-driven parents of a child never given a chance to grow up into a man. It's a story of the cult of sports and the cult of the child, woven together and raised almost to the status of religion, a religion become abuse in some families, a religion of constant, endless, physically harmful year-round sports shoved down the throats of children for the sake of dreams typically shattered by the age of 18." 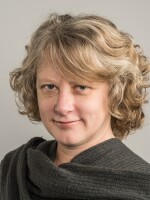 Tracy Wahl
In her nearly 20 years at NPR, Tracy Wahl has established herself as a champion for innovation in the newsroom. She was among the first at NPR to embrace social media as a way to engage audiences and deepen our journalism through crowd-sourced reporting. She launched Morning Edition's first Twitter account, and led the program's early ventures into multi-platform storytelling.
See stories by Tracy Wahl
Naomi LaChance
Philip Ewing
Philip Ewing is an election security editor with NPR's Washington Desk. He helps oversee coverage of election security, voting, disinformation, active measures and other issues. Ewing joined the Washington Desk from his previous role as NPR's national security editor, in which he helped direct coverage of the military, intelligence community, counterterrorism, veterans and more. He came to NPR in 2015 from Politico, where he was a Pentagon correspondent and defense editor. Previously, he served as managing editor of Military.com, and before that he covered the U.S. Navy for the Military Times newspapers.
See stories by Philip Ewing
LATEST STORIES
Pauli the Podcast
North Carolina Public Radio presents Pauli, a podcast about the power of one person to change what's possible for us all.
LISTEN
WUNC Events
Discuss North Carolina politics. Analyze how and why you love the way you do. Quiz yourself on Black history. Hear poetry from NC's poet laureate. Meet NPR hosts and reporters. You never know where WUNC's events will take you. Join us for this ride! See our upcoming events and sign up to attend.
SEE OUR EVENTS
More Stories