A recent government study concluded that the majority of veterans who commit suicide are not enrolled in VA mental health care.

Phillip Faustman almost became a part of that statistic. Faustman, who is gay, joined the Army in 2012 after the end of the "Don't ask, Don't tell" policy, which barred gay and lesbian troops from serving openly in the military.

"I waited for the repeal, so I joined the Army to prove to myself that I could do it," he said.

While in the military, he suffered sexual trauma that led to a diagnosis of post-traumatic stress disorder and depression. Discouraged, he left the military in 2015, he said.

"When I first got out, I was alone, and no one was really helping me," he said. "So I had my suicide attempt."

Periodically homeless, Faustman did not turn to the VA, in part because he found the enrollment process daunting.

That's a common problem among new veterans, only forty percent of whom receive VA mental health coverage. Many are discouraged from seeking care because of a complicated process to determine their eligibility. Veterans may have to prove, for instance, that their mental health need is connected to their service.

Recently, Faustman began getting care through a temporary homeless shelter run by Veterans Village in San Diego. The shelter helped him apply for his military paperwork, and now he is enrolling for VA medical care. He just wishes help had come sooner.

"I would have had that immediate access to therapy, to seeing the doctor," Faustman said, "instead of just waiting, hoping to fill out the right form and get a call back." 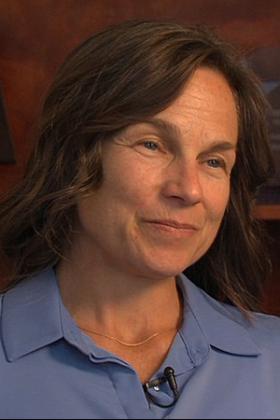 In an attempt to address that issue, a White House executive order requires the VA to automatically enroll nearly all new veterans in mental health care for 12 months.

Veterans in their first year have a higher suicide rate than the overall veteran population.

"They are at high risk for having the mental health conditions that contributes the most to it, like PTSD, post-traumatic stress disorder," said Carolyn Allard, who headed the VA San Diego program on sexual and interpersonal trauma until she left for private practice six months ago. "They're also at high risk for traumatic brain injury, which also is a risk for suicide."

One year of treatment can make a difference, she said.

"Some of our most effective treatments for PTSD take 12 weeks on average," she said.

The executive order requires the VA to begin automatically enrolling new veterans in mental health care by March 9. That's just 60 days after President Trump issued the order. Allard and others who work with veterans worry that's not enough time to complete the enrollments.

"I don't see it happening very quickly," she said. "The VA is a huge entity, bureaucracy. Like any other big bureaucracy, things are not going to move fast."

The VA has not outlined how the new program will work, but officials have released a few key details. They estimate the program will serve 32,000 veterans out of the more than 250,000 people who leave the military each year. The Trump Administration estimates the program will cost more than $100 million, but no new money is being allocated.

The challenges are similar to those faced by an earlier health program for veterans. In 2014, Congress gave the VA 90 days to create a new program to allow veterans to see private doctors, but the VA struggled with long wait times and bureaucratic delays.

"When you're talking about a few million people getting out in the next five years and offering them a service, you better be able to take care of those who are already in the system and need the services," said Sherman Gillums Jr., a retired Marine who helped veterans file for benefits in San Diego before becoming the chief strategy officer for AMVETS, an organization that works on behalf of veterans issues.

He is worried about the implementation of the new executive order.

"Mental health care was an area where the Department of Veterans Affairs needed to do a lot of work," he said.

Even under the new program, some veterans still will not qualify for VA mental health care, such as those with other-than-honorable discharges. For those people, the VA started a program last year that authorizes three months of mental health treatment in VA emergency rooms. The agency says 3,200 former service members have taken advantage of that program.