Listen
Listening...
/
Sarah Harris reports that transgender troops are awaiting a Pentagon decision about their future.

By late February, the Department of Defense is required to develop a new policy on whether transgender people will be allowed to enlist and serve in the armed forces.

The policy review comes after President Trump directed the military to ban transgender individuals from joining. However, the President left it up to Defense Secretary James Mattis to decide whether enlisted transgender troops can continue serving. 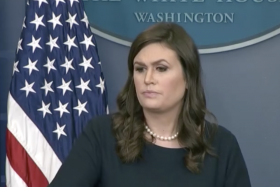 President Trump first weighed in on the issue in a July tweet, which caught military leaders and service members off guard. He followed that with more formal guidance in August. White House Press Secretary Sarah Huckabee Sanders said President Trump concluded that allowing transgender people to serve is "costly" and "disruptive."

"And based on consultation that (the President) has had with his national security team, came to the conclusion that it erodes military readiness and unit cohesion," Huckabee Sanders said.

'They would fight to the end with me'

It's not clear how many transgender troops are currently serving. Estimates range from 2,150 to 15,500.

Although transgender service members face an uncertain future, some say they're receiving support from their fellow troops.

"I've had a lot of people who've already walked up to me and said I'd go to battle with you, and that they would fight to the end for me," said one transgender man and current service member, who transitioned while already in the military. He spoke on condition of anonymity, because he didn't get permission from his higher-ups to do an interview.

For most of his life, the service member lived as a woman. But he struggled with his identity, and his wife suggested he start trying out what it might feel like to be a man.

"We started small, just using pronouns in the house; she would say husband," the service member said. "It felt like this huge weight was lifted from my shoulders and everything in my life just kind of started making sense."

He wanted to transition. But he had to figure out how to navigate his identity at work.

"Once we decided that this was what we wanted to do, I notified my department head of the branch that I'm in," he recalled. "He basically told me it could be a career ender or we could make it work."

He got an official diagnosis and started taking testosterone. His body changed. Because his job had strict health requirements, he had tell his peers before he felt he was ready.

"I felt like all of a sudden there was a spotlight on me everywhere I went," he said. "When I came out as transgender, it seemed like everyone was just waiting for me to mess up and give them a reason I shouldn't be serving."

His solution: double down and work harder. He moved to a new duty station. And though it took his new leaders a while, they now use male pronouns and see him as full member of their team.

"I didn't demand anything from my unit, I didn't demand acceptance," he said. "I just showed up and did my job, and I think they really respected that I put the mission first before myself."

Advocate Sasha Buchert says she's heard from a lot of trans service members since President Trump's initial tweet, and many say they're hearing support from the troops they serve with.

Buchert is a lawyer for Lamda Legal, an LGBTQ advocacy group that's suing the government over the transgender ban. It's one of four lawsuits challenging the policy. Buchert is a trans woman and a Marine vet, so this suit is personal for her. 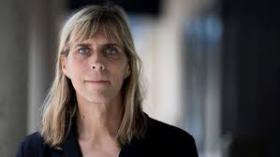 "There were a lot of moments where I was very worried that I would be discovered and purged and drummed out of the military," Buchert recalled.

"Unfortunately, the President wants to return us to that era where people had to hide who they are and live in fear, but we're not going to let him do it."

The Justice Department recently asked a federal court to dismiss one of the four suits, arguing that "that challenge is premature several times over."

The service member we spoke to wants to have a long military career. He says that if transgender people get kicked out of the armed forces, it'll be tough. But he's confident he'll find a job somewhere else. And he's not too worried yet.

"It takes a lot more than a tweet to make a change," he said of President Trump's initial statement.

"They took so long and so much money and so much research to say yes, transgender people are qualified to serve in the military, that for him to tweet that we weren't, honestly didn't phase me," he said.

Until the policy changes, he plans to keep doing his job.