Flash Flooding Up Close On The Road From Charlotte To Wilmington

Here's what a flash flood looks like. It's midday Sunday here on US 74 Business in Whiteville in Columbia County, where rising waters from a swamp are rushing over the road. A swift water rescue team from Illinois is here with several trucks and a boat, trying to get east to help out with the storm.

Thomas Conner is sitting in his SUV nearby watching. He says after a couple of days indoors, he's been driving around with his family checking out storm damage.

"We're looking at a swamp here, it's full (laughs) of water, it's running across the road. We just see a lot of flooding and power lines down, pretty much, and trees fell over the power lines and a lot of, just pretty much flooding," Conner said.

US 74 just a half-mile north of here is also closed, and until the swamp overflowed, this was the best way to get across. Eventually two National Guard trucks arrive, and lead a convoy of two dozen trucks and cars across the swamped roadway. 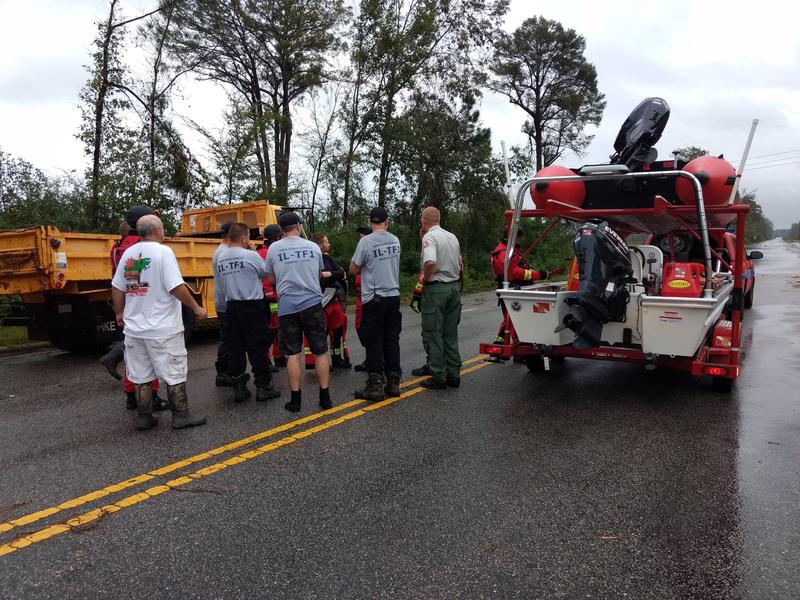 There were lots of scenes like this in eastern North Carolina, so many that nearly 700 roads were closed across the state as of Sunday afternoon. And the NCDOT warned people to stay off the roads unless they evacuating.

But some people who evacuated last week tried to return home anyway, only to get caught by flash floods. I found Joe Jacob sitting on the curb with his dog at a closed gas station at a crossroads in Bolton, also in Columbus County.

"'Cause you can't go anywhere. Simple as that. It's flooded out everywhere. We were trying to get back home from Raleigh," he said. "Just gonna hang out, just gonna have to wait."

He was right - you couldn't go anywhere. At that moment, roads in all fall four directions were flooded in some way.

About 10 miles east on US 74, traffic slowed again because a swollen creek came up over the road.  Livingston Creek, said Maceo Jacob, who lives on the highway nearby. 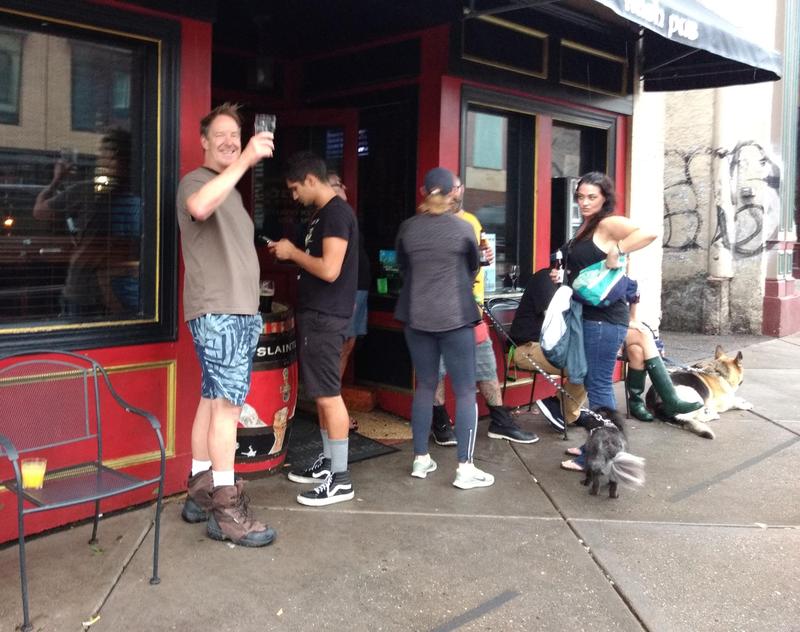 That's another problem with a big storm - being cooped up for days. By Sunday, several of the bars along Front Street in Wilmington were without electricity, but still pouring drinks for people who just needed to get out of the house. Misha Sobol runs an Irish pub called Slainte.

"We open so people can get an escape, socialize and meet each other,  In addition, I think I saved some marriages and good relationships," Sobol said.

That bar and others were filled, right up until Wilmington's 8 o'clock curfew.