Disabled and Waiting: Veterans' Appeals Can Take 5 Years Or More

Veterans with denied disability claims wait an average of four to five years for appeals hearings. The VA predicts the delay will get worse if Congress doesn't streamline the process.

It's been almost 50 years since James Clarke joined the Marines. He served on the flight line in Vietnam, fueling aircraft 12 to 14 hours a day, seven days a week.

"I'm proud to say I was a member of the Tomcats," Clarke said. 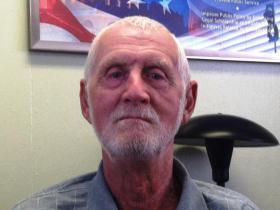 It took the VA four years to deny the claim.

"They turned me down in 2009," Clarke said. "I filed an appeal, and you never hear from them. I'd go over to the regional office from time to time. And 'Oh, yes sir, Mr. Clarke, we're still working on it,' and nothing."

Clarke went to the Veterans Advocacy Clinic at Stetson College of Law in Gulfport, Florida for help. Law students developed his claim by finding background material about his time in Vietnam and gathering medical details.

Then in late 2015, with the Stetson Veterans Advocacy Clinic representing him, Clarke finally made it before a Board of Veterans Appeals judge.

The judge agreed that Clarke's disability claim was connected to his service and Agent Orange exposure. And she ordered the VA to give him an exam to rate the severity of his disability.

Cases like Clarke's are why VA Secretary McDonald supports legislation currently working its way through Congress.

The U.S. House has passed the VA Accountability First and Appeals Modernization Act of 2016 (HB 5620) that would streamline the appeals process and provide additional resources. The VA is pushing for the Senate to consider the legislation before Congress adjourns for the year.

But while veterans' advocates agree the process needs to be changed, they’ oppose some parts of the legislation. 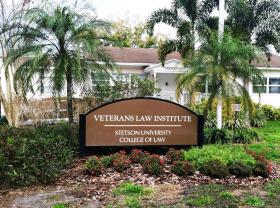 "The disagreement comes in as to how best to readjust the system," said Trista Miller, an attorney with the Stetson Veterans Advocacy Clinic, which is a member of the National Coalition of Veterans Law Clinics.

"Efficiency is always on one hand, and due process and protecting veterans rights is on the other,"Miller said.

The coalition, Miller said, objects to the reforms on two counts. It fears the appeals process will become adversarial because the reforms remove the VA’s "duty to assist" veterans. It also objects to proposed limits on veterans' rights hire attorneys and to provide new evidence to support their claims.

Miller said the coalition recommends Congress delay passage of the legislation until the group's concerns are addressed.

As for James Clark -- the Vietnam vet -- if it hadn’t have been for the attorneys and law students at the Veterans Advocacy Clinic, he says he might have given up on his claim.

"Physically I can't do more, so you're kind of relying that this is going to come through," Clarke said. "It plays at your head."

But even after his appeal was finally heard, 10 months passed before the regional VA scheduled the exam the judge ordered. And that only happened when the VA learned a reporter was following Clarke’s case.

And Clarke is waiting no more.  This month, the VA finally decided how much disability compensation he'll get. The government now has sent him his first check.

This story was updated Nov. 3, 2016 to reflect that Clarke now has received his disability compensation decision from the VA.

Military veterans were among the people most affected by this month's shutdown of ITT Technical Institutes. More than six-thousand former service members were enrolled at the for-profit college chain.

The number of special courts for military veterans who get in trouble with the law is increasing rapidly.

The first veterans treatment court opened eight years ago in upstate New York. Now there more than 300 of them across the country, and hundreds more are expected to open in the next few years.

As Veterans Head To College, Schools Hire Specialists To Serve Them