On D-Day, Students Bring Silent Heroes Of WWII To Life

To commemorate the 72nd anniversary of the D-Day Invasion, some American high school students are traveling to Normandy, France to make sure the victims of World War II aren't forgotten. 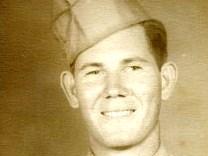 Army Private Leo Kenneth Chalcraft was a green-eyed, brown-haired teen from St. Petersburg, FL when he was killed in action in World War II.

It happened just six days after his 19th birthday.

Today, his grave is among the 9,387 military dead buried in France at the Normandy American Cemetery that overlooks Omaha Beach. There, 72 years ago this June 6, U.S. troops stormed the beaches on D-Day, marking the beginning of the end of World War II.

"He was so young and I feel like he didn't get to experience a lot of his life," said Konner Ross, a 17-year-old who lives in Largo, near St. Petersburg.

Ross is part of "The Silent Hero Project" run by the National History Day program. Fifteen teams of high school students team up with teachers from around the country to research a soldier, sailor or airman from their home state, who is buried in Normandy.

Ross is studying military documents, online archives and personal mementos to learn more about Leo. Her research has brought her so close that she now refers to the young soldier only by his first name. 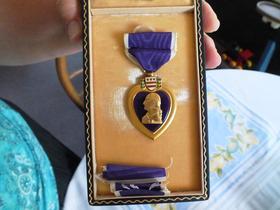 Ross and her Largo High School history teacher, Deborah Pettingill, chose Chalcraft as their silent hero because he had lived nearby in St. Petersburg. Pettingill found his younger brother living about an hour's drive north.

"I stumbled across a photograph from a car dealership in Inverness of an older couple with their new car and said congratulations to Albert and Charlotte Chalcraft," Pettingill said. "I'm thinking how many...can there be?"

Leo's younger brother Albert, who is known as Bruce, and his wife Charlotte now are the keepers of Private Chalcraft's legacy.

They have the flag that draped his coffin, his Purple Heart, his water-soaked wallet and a handful of letters he wrote home: all fragments from the end of Leo's life.

The beginning of his story, as Ross and Pettingill have learned during their research, was much like other families during the Great Depression. Bruce Chalcraft said Leo dropped out of school before 7th grade to work at a gas station fixing cars. 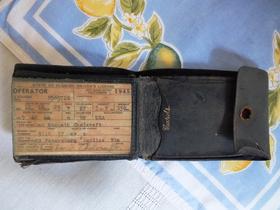 Leo was drafted into the Army at 18. There are few documents to give insight into that part of his life, but for the handful of letters mailed home.

Written in a luxurious long-hand, he asked about his brothers, said said he was sending home $20 a month. He also asked his mother to send him candy and cookies.

She never got the chance.

Leo was killed days after writing that letter when his troop ship, the Leopoldville, was torpedoed off the coast of France on Christmas Eve, 1944.

"He shouldn't have died that day," history teacher Pettingill said.

"There was really no reason for him to have died that day if it were not for the mistakes that were made."

The troopship was only five miles off the French coast when it was attacked. It took two-and-a-half hours to sink, and could have been towed ashore. But survivors said rescue vessels were slow to respond. More than 750 soldiers died.

Leo Chalcraft was among those who died that day. He was taken to his final resting place, with his infantry buddies at the American Cemetery in Normandy.

That's where Ross plans to be later this month to deliver a eulogy at Chalcraft's grave.

The new center in Tacoma, Washington comes after years of complaints from service members that it’s nearly impossible to find autism therapy for their children.

As the nation prepares to commemorate Memorial Day, more than 1600 service members remain unaccounted for from the Vietnam War. For the families of some of them, the search for answers has become a lifelong pursuit.

Running Out Of Space, Veterans Cemeteries Take A New Form

The V.A. is building columbariums at several veterans cemeteries, where there is no more space for traditional burials.