Council Could Vote Monday On Agreements To Host RNC

The City Council could vote as early as Monday on contracts required to host the Republican National Convention in 2020.  The action comes amid reports that Charlotte is the favorite to be nominated for the event, and as council members debate whether hosting it is a good idea.

City officials say the council must vote on agreements with the Republican National Committee and with the federal government before it can host the convention. The latter deal spells out how the city would use $50 million in federal funds for security.

It’s the same process as when the city hosted the Democratic convention in 2012.

Some Democrats on the council have said they don't support the city's bid, calling President Trump and the Republicans too divisive and hostile to minorities, immigrants and women.

But Mayor Vi Lyles has defended her push for the convention, including in an article Tuesday in The Charlotte Observer and at a gathering of party faithful uptown Wednesday night.

She's been joined by the council's two Republicans and several Democrats, including James Mitchell Jr. Mitchell said he thinks Charlotte has an edge after its experience hosting the 2012 Democratic National Convention.

“I just think it'd be a big win for us,” Mitchell said Wednesday night. “We'd be the fourth city that's been able to host both of them, so … I'm gonna keep my fingers crossed. But as chair of economic development, I've been the biggest cheerleader for Charlotte and I'm going to remain that way.”

“We applied. And if we are selected, I think we should follow through,” he said. “I think this gives us an opportunity to have divergent views to be debated and discussed. … I don't know what all the hoopla is really about.” 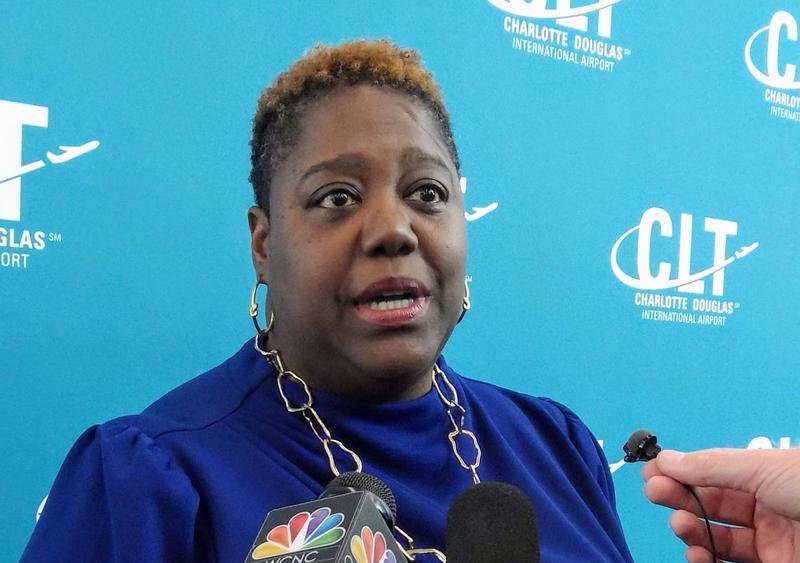 All that hoopla has intensified over the past week after at-large Democrat Braxton Winston called for a public debate.

Democrat Lawana Mayfield says she's voting no.  She said constituents in her heavily minority district in and around uptown don't like what they're hearing from the Trump administration.

“If this was a different convention, then I would not have as much concern. But when I look at the majority of my community and the fact that it is very diverse, and there are also a large number of women within my community, that there is concern as far as the language that comes out of this administration,” she said.

Mayfield said she’s not sure if there are enough votes to reject the convention contracts.

“I have no idea. We'll find out on Monday. I can only commit for my vote,” she said.

Besides Mayfield, Democrat Justin Harlow has come out against the idea, and Winston has expressed his concerns.

But at least five council members support the RNC bid: Besides Mitchell and Phipps, they include mayor pro tem Julie Eiselt and Republicans Tariq Bokhari and Ed Driggs.

The RNC is expected to announce the 2020 host city next week. Only Charlotte and Las Vegas are in the running.

July 10, 2018, Lyles column in The Charlotte Observer, “Mayor Vi Lyles: Why I want the RNC in Charlotte”