The Big Business Of School Security

As school security has become a top priority in communities across the country, security companies have found a thriving new market for their products. But in a sea of gadgets and technology, how do school districts effectively sift through and find the products that can truly help prevent a school shooting?

The Chatham County School District has about 8,700 students within its system and is situated in the center of northern North Carolina, a mix of rural and suburban communities.

Chris Blice is the Chief Operations Officer for the district, and Tracy Fowler is the Executive Director of Student Services and Support Programs. Together, they are in charge of the district’s security plan.

Back in November 2017, a hunter shot a deer in the woods near Northwood High School in Chatham County, sending the school into lockdown.

“Well, [it] was about a quarter to eight and the kids were just getting there,” said Blice.“So, there’s a line of cars going out the school and down the road. So, what do you do about that?”

In that moment, Blice said, there was confusion over who did what. This prompted some questions:

Was he responsible for notifying the people outside that the school was on lockdown?

Or was that law enforcement’s job?

Where should people go in that situation?

“That was like a big aha moment for us,” Blice said.

Then just two weeks later, two schools in Chatham County were placed on lockdown after someone stole a vehicle and fled from local police. 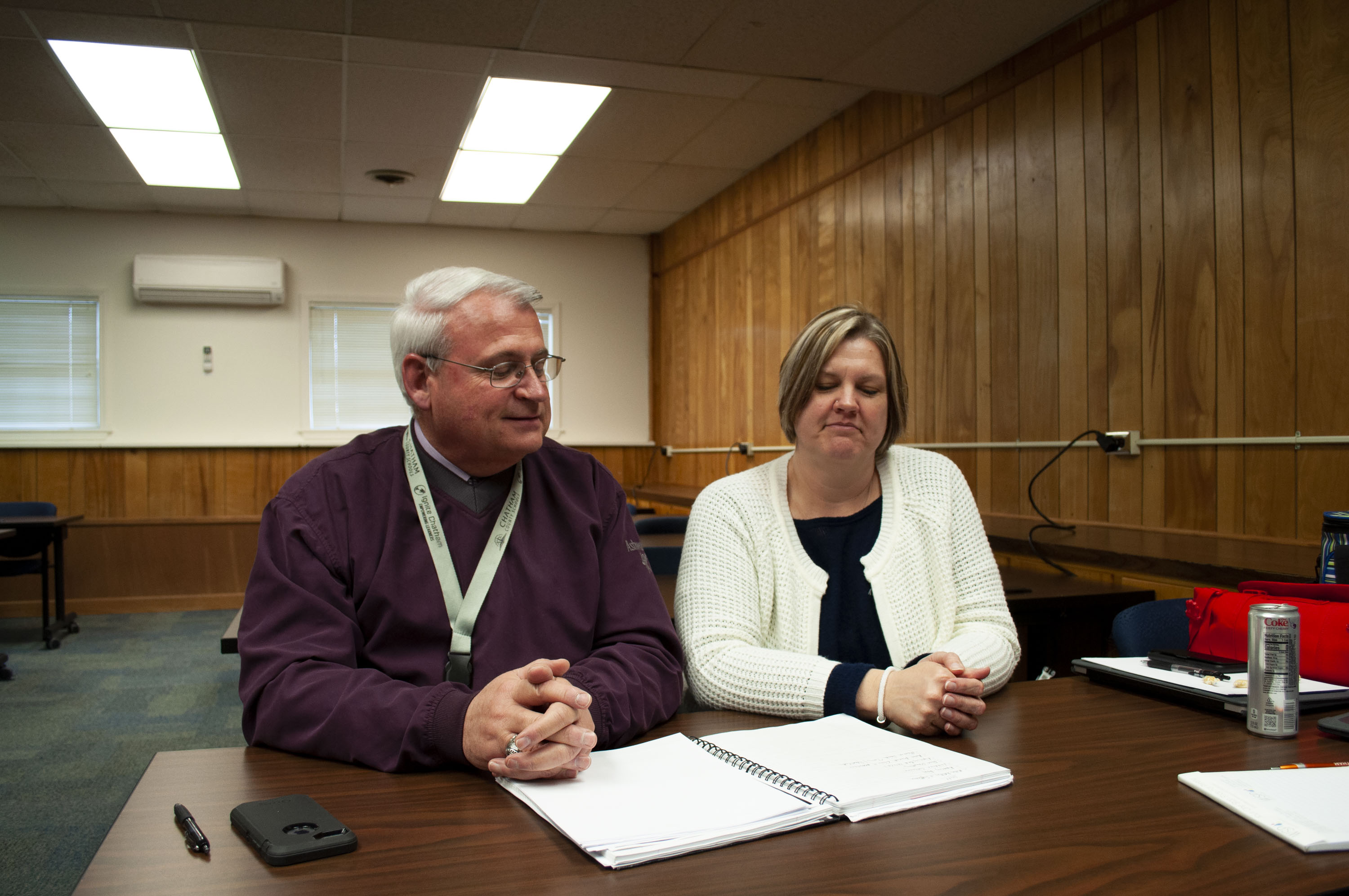 Blice and Fowler felt that these incidents exposed weaknesses in their security plan. So, they decided to have a community meeting with parents to air concerns and discuss solutions.

But Fowler said the meeting did not help clarify the solution.

“When you start going down this road of people really kinda brainstorming, and you might have a person in here that they’ve been trained in the military, that’s the lens they’re looking through. Or this person here, they’re law enforcement, you know?” Blice said. “People have a lot of opinions on what they think would be good.”

Installing metal detectors was a common suggestion. But Blice doesn’t feel they are appropriate for a school.

“When you go on an airplane, there’s only one way in and out of there. It’s through that stuff and it’s manned. And by the way, that’s the state-of-the-art stuff, which we can’t afford,” Blice said. “Weld all the other doors shut and the windows shut, make one way in and out, which … the fire code will never let you do.”

Another parent suggested barbed-wire fences surrounding the school, but Fowler felt that would take away a school’s inviting atmosphere.

“Do you really want there to be this huge fence with an armed person that you walk through a metal detector to take take your five-year-old into the building?” Fowler said.

The Gadgets And Tech

When they decided to look for technology and gadgets to help bolster security, the options seemed endless.

The market for school security products was estimated at $2.7 billion in 2017. The National Center for Education Statistics found that in the 2015-16 school year, 94% of schools reported that they controlled access to their buildings by monitoring or locking doors during school hours. 81% used security cameras to monitor hallways.

Among the tools available, schools can buy locks that can withstand a sledgehammer’s force, a stick that serves as a door barricade, bullet-resistant fiberglass panels, or pay for former members of military special operations to embed into schools to stop a potential gunmen from opening fire. 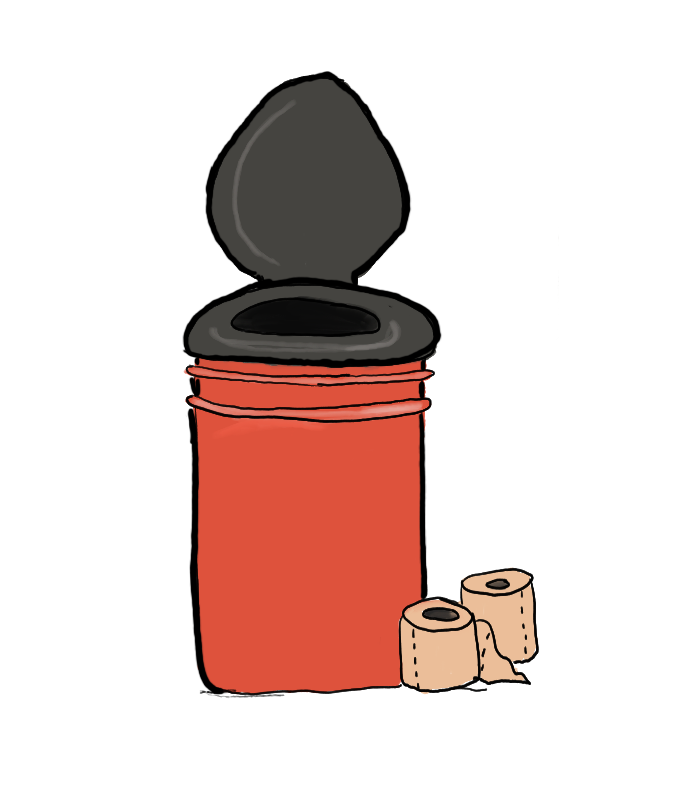 Schools can buy special kits for lockdown situations, which include lockdown toilets students can use inside the classroom.

There are even small, portable toilets for long lockdowns.

“It’s like these five gallon buckets and it has a toilet seat on it and a roll of toilet paper and sanitary wipes,” Fowler said.

What The Data Says

But among all these options, there is no evidence to suggest that technology in schools makes them safer. The Journal of Violence and Gender released a study in March which found no evidence that tightening security with technology or security programs reduced firearm violence in schools.

Heather Schwartz, a senior policy researcher at RAND Corporation, a research firm, studied how technology can be used to make schools safer in 2015.

Schwartz said studying what technology works well for a school is dependent on a number of factors, such as how big the school is, what safety procedures the school already follows, and how closely staff follow the procedures in place.

“When you’re thinking about safety, you need to think about the whole picture,” Schwartz said, “training staff on your policies, deciding what particular policies to implement … and then, how are you going to maintain it over time so you actually use it?”

Schwartz recommends finding a balance between technology and training and not investing entirely in one or the other. Blice and Fowler in Chatham County felt the same way.

If they bought technology for their schools, they wanted it to enhance the procedures they already followed.

Blice and Fowler decided to hire Risk and Strategic Management Consulting (RSM) to help them create a crisis management plan.

The North Carolina State Board of Education and the Department of Justice had worked with RSM to create broad safety training for schools across North Carolina. Blice and Fowler wanted RSM to create a safety plan specifically for their school district.

“We’ve worked with our agencies and gotten them on board with our plans. And now, it’s no longer ‘we’re planning without you and hoping that when you show up you’ll know what to do and what we need to do,” Blice said. “Now, we’re doing it together.”

Along with additional training, they installed more security cameras inside and outside of their schools. And they added four more school resource officers to their school system. 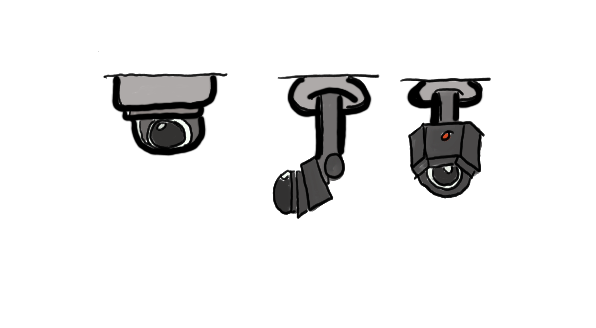 Blice and Fowler decided they wanted more surveillance around the school, so they bought more security cameras for the inside and outside of the school buildings.

“If we can get extra sets of human eyes on our schools, or more mechanical eyes from cameras, then we’re creating more capacity for safety,” said John McCann, the school district’s public relations coordinator.

To better control access to classrooms, Blice is in the process of installing badge-operated doors with an updated digital access list of who is able to go into the classroom. He is also considering a reporting system that would shorten the time needed to get a school into lockdown and notify law enforcement.

Blice likens school shootings to plane crashes. He said airplanes, like schools, are usually safe. But when something goes wrong, it calls into question every other flight.

“We’re training, hoping that we never have an airplane crash. And we’re doing everything that we can so that if we do have one, we can get through it,” Blice said. “That’s about the best we can do.”

More Americans Are Killing Their Romantic Partners, With Guns

After decades of decline, the rate of Americans killing their intimate partners has seen “a sharp increase” in recent years. Data shows that uptick is exclusively due to gun-related murders.

Instead Of Buying New Ammunition, These Gun Enthusiasts Recycle

As the pops of gunfire echo around him, Monte Petersen stoops to collect small brass casings that recently flew from his .45 pistol. The cartridges jingle like loose change as he picks them off the gun range floor and tosses them into a bucket.

Petersen is one of thousands, perhaps millions, of target shooters who take their shooting hobby further: Recycling their ammunition cartridges and assembling new cartridges by hand to shoot again.