Reflections On A Dozen Years With Abbey Lincoln

Marc Cary came to New York City to find and save his father. Instead, he found artists like Betty Carter and Abbey Lincoln — and saved himself.

"I hadn't seen my dad in 10 years," Cary says over a recent lunch in downtown Manhattan. "He's a percussionist, but he was living another lifestyle, and I came to rescue him. He was living at the Port Authority Bus Station."

Cary was 21; he arrived with only $20 in his pocket. But he was also a talented jazz pianist. On the recommendation of a friend, he soon connected with the late Art Taylor, a venerated jazz drummer. Taylor was assembling a new incarnation of the Wailers, his own seminal jazz group.

"I called him that night, and he told me to come over immediately," Cary says. At the time, Taylor lived a block away in Harlem. When Cary arrived, Abbey Lincoln was there; she lived next door. "[Lincoln] checked me out, gave me a lot of encouragement and told me that one day we'll play together."

Cary's latest album, For the Love of Abbey, is his first solo piano recording. It honors his 12-year tenure with the late jazz vocalist, as well as her prowess for writing emotionally arresting lyrics. But he also pays homage to all those who shaped him, notably his family.

Today, his father is a barber. "When I got out of touch with him, I just let my locks grow," says Cary, who wears dreadlocks. "I never let anybody cut my hair but my dad."

Born in New York City, Cary was raised between Providence, R.I., and Washington, D.C. Cary's mother, Penny Gamble-Williams, is a cellist. Mae York Smith, his great-grandmother, was not only a classical vocalist and concert pianist for silent movies, but also practiced four-handed piano alongside pianist Eubie Blake. And his grandfather, Otis Gamble, was the first cousin of trumpeter Cootie Williams, best known for his work with the Duke Ellington Orchestra.

Like his father, Cary played drums as a teenager, working in a go-go band. But at the time, Cary couldn't fully embrace his musical lineage. His personal life was in disarray, and when he was 15, his parents entered him into a rehabilitation program called ., based in D.C.

"I had a whole other life before music," he says. "I was like most kids these days and I had some problems with the law. To keep me from going to jail, they sent me to this program."

RAP brought him into contact with a gifted musician named Daniel Whitt — a man who could listen to a symphony and transcribe the score as it played. "He was [also] an incredible pianist who took his time to show me some very important things about the piano that I didn't know," Cary says. It marked the first time in his life when he imagined himself as a jazz musician.

Years later, Cary got the gig with Art Taylor's Wailers. That brought him into contact with the late jazz vocalist Betty Carter, who was known for her work with emerging jazz musicians. Cary's name came up frequently, and she finally agreed to have him audition for her band. "By the end of the audition, she was asking me if I had my passport," Cary says.

She gave me a little envelope, put it in my vest pocket, smacked me on my ass and told me to get on about my business.

Carter not only helped Cary obtain a passport, but also bought him a suit and brought him on the road for the next six weeks, traveling to a different city every day. When Cary reached the end of his two-and-a-half-year term with Carter, she told him that he was ready to play with the guys now. "She gave me a little envelope, put it in my vest pocket, smacked me on my ass and told me to get on about my business," he says. "Betty's the one who set me up properly as far as the etiquette of being a musician."

Cary's time with Carter also prepared him for working with another legend of jazz singing: Abbey Lincoln. He was reunited with Lincoln while performing at the memorial service for pianist Don Pullen, fulfilling the prophecy she made years ago in Art Taylor's apartment. He worked with Lincoln for a dozen years.

Cary says one of the most important lessons that he learned from Lincoln was to be "live" and in the moment. "There would be some nights when I would let the emotions kind of run me," he says. "I would try to feel each word and put a chord in that went with the emotion." Lincoln's advice was a great relief: It encouraged him to be more present and instinctual musically. "It's just a simple song," Lincoln would say to him. "I'm delivering the lyric, so just give me the thing that I need. Don't be too emotional. Just be there."

He also credits both Carter and Lincoln for giving him the sensitivity that he needed to approach this music. "A lot of times you won't get that from instrumentalists, because they're not dealing with lyric," Cary says. "Both Betty and Abbey taught me everything about how to accompany a vocalist and how to express myself as a soloist."

For the Love of Abbey also proved as something of a cathartic release from the loss of the many musicians who have inspired Cary. Lincoln herself died in 2010 at age 80.

Prior to her death, Lincoln was living in a hospice. Due to an impasse on musician visits, it had been a year and a half before Cary was allowed to see her.

"When I walked in the room, I smiled at her," he says. "Abbey said, 'Marc, we got a gig tonight!' I had to tell her that I left my clothes at home and I'll have to go home and get them." Lincoln had not remembered anyone in months. "The fact that she remembered who I was lets me know that I made an impact on her that even dementia couldn't take away."

One of Lincoln's unfulfilled dreams was to create a physical place for musicians called Moseka House. (She was given the name Aminata Moseka during a ceremony in Africa as a guest of the late Miriam Makeba.) "Almost like a monastery, a place where [musicians] can go and be safe; where they can speak about things that they think about," Cary said.

Moseka House had only existed for Lincoln in her mind. Lately, Cary has been thinking about making Moseka House into a reality. "Because she could realize it in her head," he says, "it lives." 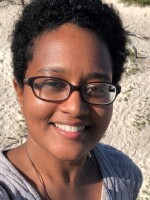 Shannon J. Effinger
Shannon J. Effinger has been a freelance arts journalist for more than a decade. Her writing on all things jazz and music regularly appears in Pitchfork, Bandcamp, Jazziz, Jazzwise,and Downbeat. As of the fall of 2020, her arts coverage can also be found in The New York Times and The Washington Post;the latter features her Sunday arts cover story on Marshall Allen, the longtime leader of the Sun Ra Arkestra.
See stories by Shannon J. Effinger
LATEST STORIES
Pauli the Podcast
North Carolina Public Radio presents Pauli, a podcast about the power of one person to change what's possible for us all.
LISTEN
WUNC Events
Discuss North Carolina politics. Analyze how and why you love the way you do. Quiz yourself on Black history. Hear poetry from NC's poet laureate. Meet NPR hosts and reporters. You never know where WUNC's events will take you. Join us for this ride! See our upcoming events and sign up to attend.
SEE OUR EVENTS
Stories From This Author